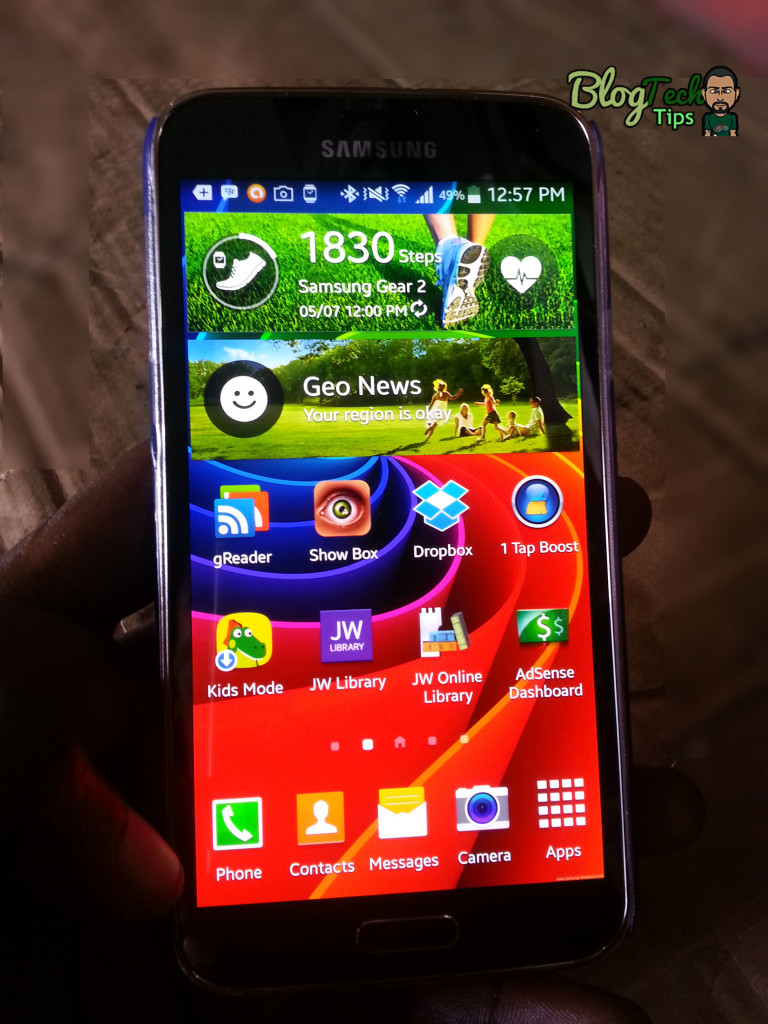 With Samsung releasing one of its biggest flagship smartphones in 2014, the Samsung Galaxy S5 is a major improvement among its predecessors. With people making good or bad comments about the Galaxy S5 you may be left wondering is the Samsung Galaxy S5 a good phone? Especially when some consumers are normally saying things about the speaker’s placement or even the creative design, nevertheless the Galaxy S5 was a hit. Samsung did not get pushed around by the other huge smartphone brands but it held its own which is commendable. The galaxy S5 is like a beast with its’ outstanding specs:

Samsung went ahead and changed the design for the S5 giving us a device that looks great and well polished. With the design of the Galaxy S5 the phone is now 5.6 inches in height, 2.85 inches in width, 0.32 inches in diameter and weighing 145 grams. The design of the S5 sees that the speaker is found at the back of the device; which was probably a bad choice because when playing music or videos without an earphone you will mostly find out that sound becomes muffled most of the time.
The fact that Samsung had made the S5 to be more durable they should be applauded because the S5 is now dust resistant and water resistant in up to 1 meter of water for about 30 minutes. With this the Micro-USB 3.0 port now has a removable cover and the glass of the screen is now more damage resistant. Samsung keept the concept of allowing the rear cover to be removable so that the user can change the battery when the phone dies. The home, recent apps and back button found below the screen are the same but now the home button has a fingerprint reader that you swipe your finger over to unlock the phone. 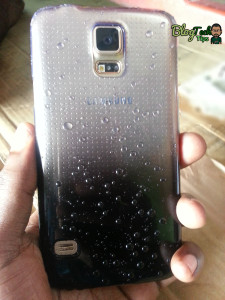 Capturing photos and videos have been greatly improved because of its new 16 megapixel rear camera and a 2 megapixel front-facing camera. This makes the Samsung Galaxy S5 a great phone to use to capture those memorable moments. The camera can now capture 4K videos and with an image sensor along with Samsung’s Isocell technology, the camera is able to capture light by trapping individual pixels inside the sensor. 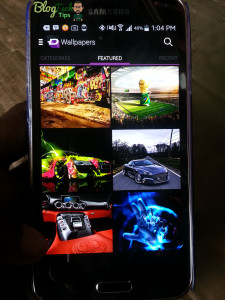 The Galaxy S5 has a 5.1 inch 1080p super AMOLED screen which allows automatic screen brightness and color adjustments and a resolution of 2560×2048 + 1080p and supports 4K external displays. The larger screen makes the display very sharp. When under the sun the galaxy S5 gives you an optimized display for you to see clearly and easier. 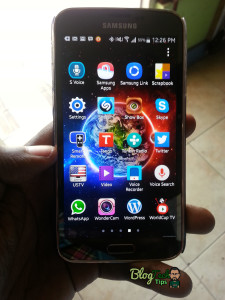 The galaxy S5 runs Android 4.4.2 and Samsung’s Touchwiz. The s5 now has My Magazine which is found at the furthest page to the left of the home screen. The settings menu now has a new and better look. There is now a kid’s mode that will prevent children from deleting or having access to important things on your phone. The new Download Booster which will allow you to improve download speeds by combining LTE and WI-FI. The S5 now comes with an S Health app along with a heart rate sensor that is intended for people who want to be or remain fit and a toolbox that allows a menu of apps to be displayed on the side of the screen.
With the S5’s new additional security features there are new ways to prevent unauthorized access to the phone. Some of which are the new fingerprint scanner that can unlock the phone but is not yet perfect and private mode which denies a person from gaining access to your important apps and files.

The S5 contains a 2800 mAh battery and its software has an Ultra Power saving mode which strips the phone off all non-essential processes to sustain battery life and rendering the screen in black and white. 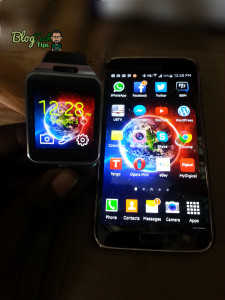 With the advent of smart watches your experience with the Samsung Galaxy S5 is not complete until you get a Samsung Gear 2 Smartwatch much like the one that we recently reviewed and was amazed by, wearable smartwatches are the new buzz this season and with good reason as they are super convenient and a handy accessory for any smartphone user.

Although the Galaxy S5 has its fair share of issues, it is still a phone with some great possibilities with its amazing results with picture taking, speed and gaming. So if you are a person who likes taking photos that aren’t fuzzy or you love to stay fit or even because you love to have the best things, then the Galaxy S5 is the phone for you.