The GoPro Silver or more specifically the GoPro HERO4 SILVER is the heroes camera suited for the active lifestyle that regular cameras just can’t keep up with. Capture video from your world in never before seen ways that will captivate and baffle your audience without them missing a single beat.

Before the GoPro Series of cameras all you had to do was talk about it and other could only look on in awe at your stories but now you can capture it as it unfolds and bring your friends, colleagues, family or who ever along for the ride. It will be as if they were there in person and witnessing the magic unfold in high-definition with smooth fluid video. 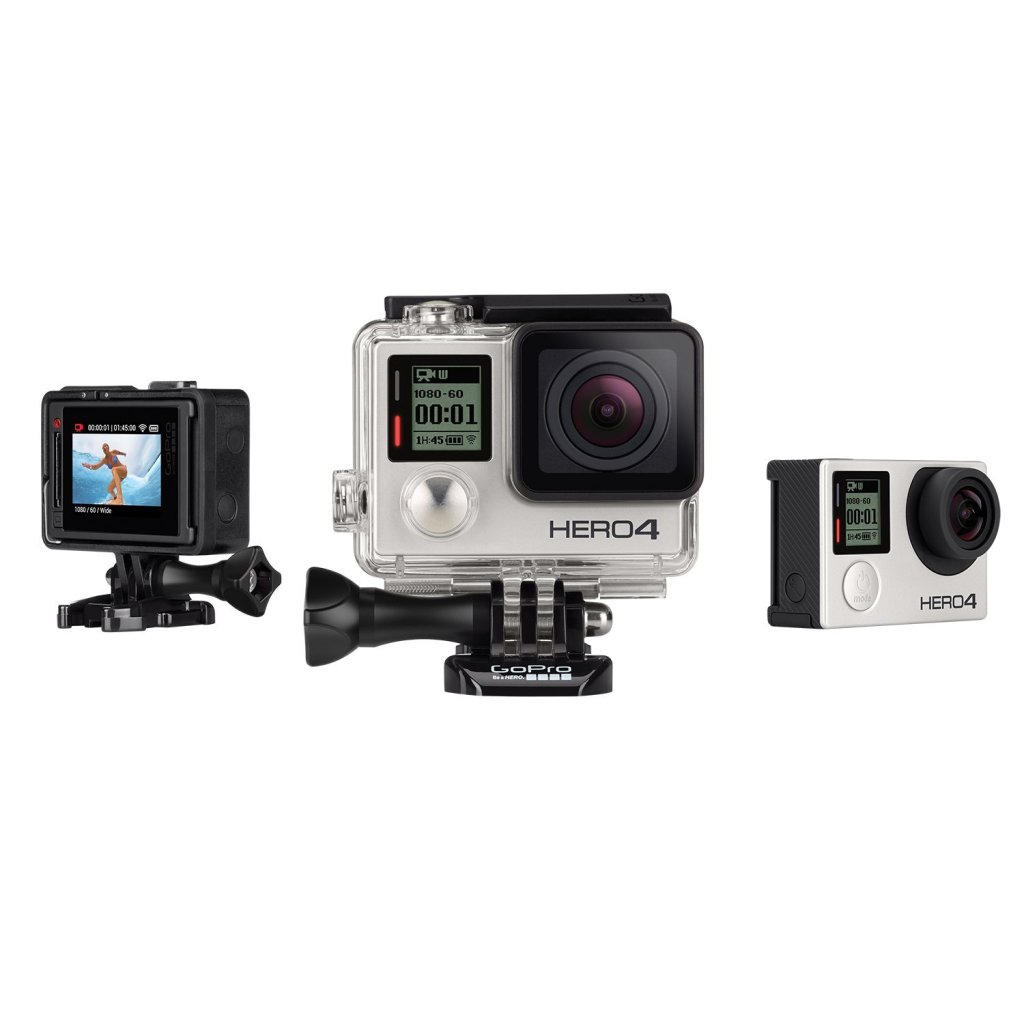 The Hero 4 features a touch screen display making video capture and playback at Full HD of 1080p with 60 frames per second or 720p video capture a breeze. You can even take gorgeous high detail 30 frames per second shots with the 12 Megapixel camera. With the GoPro Silver you are getting top of the line professional video capturing all in one ridiculously robust package with the modern convenience of a simple touch screen which allows you to take control of the action.

Whats in the Box with the GoPro Hero4?

Right out of the box you will be receiving the following items and awesome extras which makes the great price tag worth it: 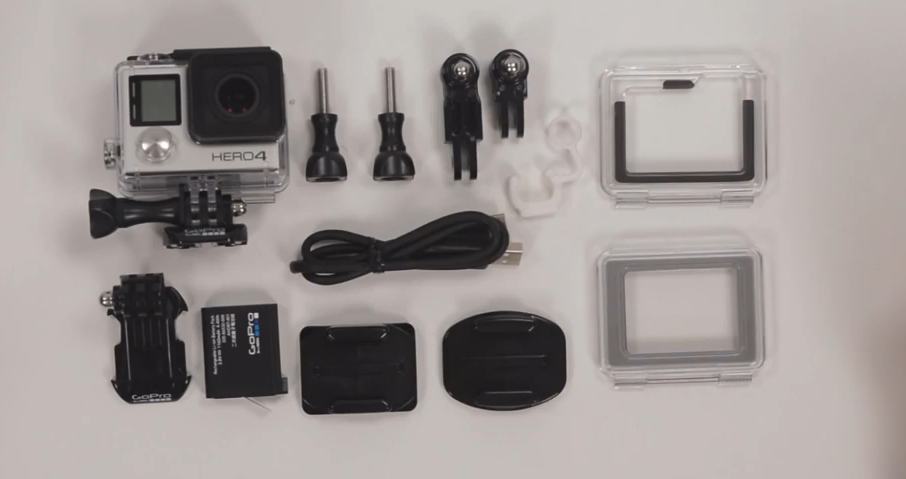 Contents of the Box

The HERO4 Silver Camera with Built-In Touch Display the star of the show.

See the contents for yourself:

The Price of The GoPro Silver

The go pro is a premium device and the quality you will be getting for the price is second to none so rest assured that these are the absolute best prices, you can check it out for more details.

So as we said earlier we all buy a GoPro Hero4 whether the silver or the Black which has their own distinct advantages: Silver for the convenience of the display and great picture quality, and the GoPro HERO4 BLACK because of its high frame rate with good quality.The company has always promoted the mantra that you can be your own Hero and be basically the star of your own show shot in pristine High Definition Video. If you are familiar with the predecessors the new line of GoPro Hero4 which comes in Silver which is featured here and black, they do look allot like the Hero 3  with small design changes aesthetically such as a new activity light on the front of the camera and on top, back and bottom. The new redesigned battery as shown above loads from the bottom with the snap on battery bay cover, if you are thinking of using your old batteries then think again as those will not work with the new unit. The WiFi button doubles as a settings button that hep you within the menus in refining settings in relation with your camera, the same button can also be used as a togging button to play back an important moment. 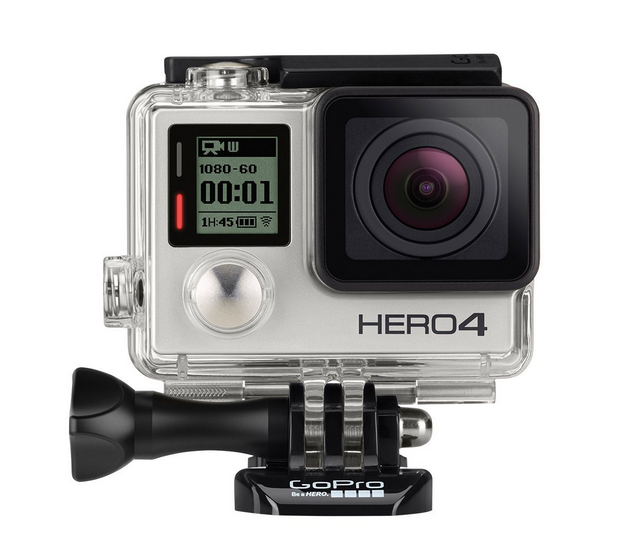 For those who need to take pictures in the dark the cameras has a new night based photo features leaving the shutter open longer for a better night shots. The black has the best recording options but the silver trumps the Black GoPro in that it has the built-in touch screen which is absent from the black, this makes all the difference with previewing and changing settings.

Whats the Key Difference Between the Hero4 Silver and Black?

Well the difference is quite straightforward:

Silver: Does 1080p Recording max, no 4K, Comes with a convenient touch screen for previewing and settings.

Black: Does 4K Video, NO LCD touch screen for preview and editing everything else comes standard.

Advantages of the Silver GoPro

1. Built in Touch screen for previewing your work and settings.

2. Filled with great and useful features.

3. Superior video, pictures quality that GoPro is known for.

1. Your old batteries will not work

So in closing I would like to say that GoPro has done it again with the GoPro Hero4 new line of cameras, you would be very lucky to own this great camera that will last for years and survive some daring situations from hash climate to freezing or scorching heat, after all its a GoPro camera. For the best deals or to find out more you can hit the buy it now button for the best prices on offer from Amazon.