Did you think the fast and the furious franchise was finished due to the untimely death of the beloved Paul Walker? then think again as the Fast and Furious 7 Trailer is out in all its glory. Lets Just say that my mind is officially blown! I started the trailer with low expectations that the producers could not possibly outdo themselves and lets just say they have and end some.

So if you have buried hopes of a next installment in the fast and furious series then you may want to gear yourself for Fast and Furious 7 trailer.

During the trailer remember to occasionally breathe as a safety mechanism:

The most surprising and welcome appearance in the trailer is that Paul walker will be in Fast and Furious 7 (Thank you Baby Jesus!) and every girls wet dream, all round bad ass Jason Statham will be making a key appearance as a main character. The movie will feature more over the top action which I though would not be possible, crazier cars, more exotic locations and what we all been craving edge of our seat moments that make us just want to line up at the theaters now.

So let me call it first this movie will shatter box office records like no other in the series. 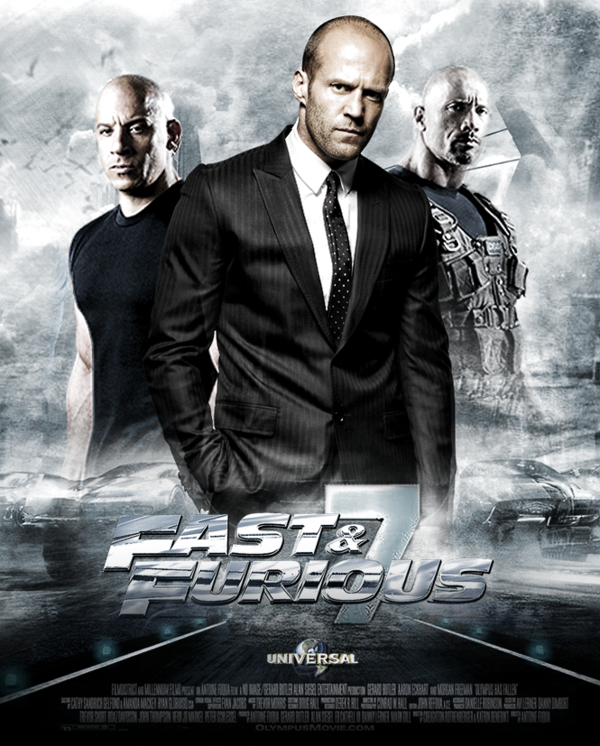 The team is on a new job, the entire gang is present (including Paul Walker AKA Brian O’Connor ), the team get this parachutes out of the back of a military transport plane with if you can believe it their cars fitted with the actual parachutes. I don’t know about you but I was hooked here as the whole time I though they were on a high way or a tunnel.

Touching down on a high way they intercept a armored transport  vehicle that is  surprise- surprise:retro fitted with machine guns in a side opened compartment that are remotely controlled.

The team harpoons the transport blows the backdoor and Paul performs a daring stunt and makes it unto the transport. The mission seems to be to save a girl who is in distress.

Jason the new guy makes is appearance after this with that unmistakable voice, this can be tied in to the ending of the last movie. Seems Jason is the enemy here (Why! lol) . so the hunt is on for the new enemy in the form of Jason Statham who seems to be the brother of the baddy from Fast 6 who is seeking revenge.

So the rest is classic: Cars, money, exotic locations and sexy ladies and a fine end to a killer trailer.

So what do you think of this awesome new trailer? Did it blow your mind as it did mine or are you skeptical about the prospect of the new Fast and Furious 7 movie?