Being a Major Iron Man and Avengers fan I am literally bursting with joy at the anticipation of seeing the new Avengers 2 Age of Ultron movie, the trailer which was so great only made the anticipation for the actual movie even greater, well that’s what Movie trailers are actually made for. The movie will be in theaters May 2015 and is one of the most anticipated movies of the coming year to appear among other great movies in the lineup for the year 2015.

So in case you have not seen any of the eye candy, first check out the Avengers 2 Age of Ultron Poster that tells quite allot with just some of the most awesome visuals in poster form: 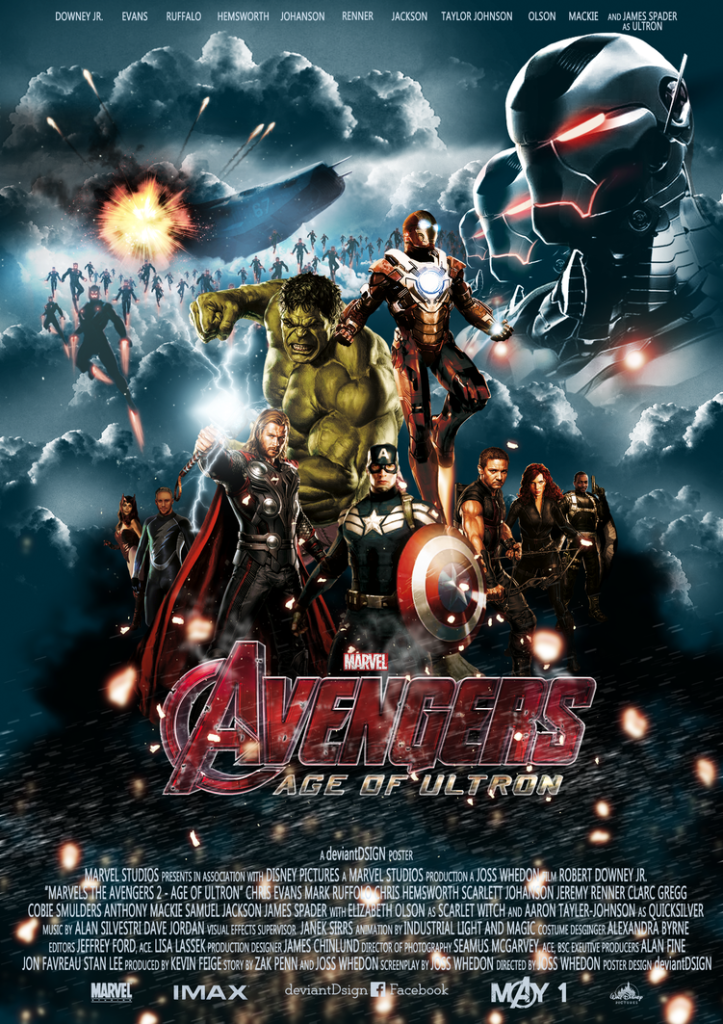 So before we get into the details on the plot and what to expect for the Avengers 2 movie first check out the trailer:

Despite the early leak of the Avengers Age of Ultron a few weeks back and Marvel studios officially releasing their trailer on their YouTube channel to counter the breach,well despite the setbacks of the leak the official video is receiving quite the number of hits online and this can be used to foreshadow how big of a hit the actual movie will be and trust me its going to be big I can just feel it in my bones.

The trailer shows a city that’s calm and the fun starts as everything goes crazy, dah as they always do, a creepy hand that seems to be robotic is shown in flames and melting, we see what appears to be an early almost molten form of Ulton who looks allot like a refashioned Iron Man armor that been put through its paces. We see the guys who seems to be down on their luck out and beaten.

We see Ultron breaking in on what seems to be an Avengers tower get together. We also get to see some shots of what appears to be an update Iron man suit (Yay) and we see a compound in the hills that seems to be a lab of some sort. It seems from the captain America movie that Ultron was created to assist with the clean up of the Hydra organization which is a great undertaking even for the team. It seems that the teams divided all over the world to stop the Hydra threat which seems to be happening everywhere.

We also see a shot of Ultron in his final form with a perfect Adamantium body (yes same as wolverines claws and skeleton) and it seems quick silver and scarlet witch who are shown throughout the trailer with their abilities seem to be working with Ultron.We also see the Ulton robots that do his bidding being deployed all over the world. We also see Nick Fury for a while who seems to be in full hunting mode from Winter Solder in is attempt to hunt down and dismantle the Hydra organization.

Drum roll please and then we see the Hulk Buster show down with the Hulk, also black widow is shown on a kick ass Motor Cycle.We also see division among the team further as Tony Stark kicks off against Thor and he is seen choke holding Tony. Whats most surprising is the broken captain America shield at the end of the trailer.

Ultron is seen in his perfect form announcing he has no strings which implies he his not bound by morals, feelings and probably not controlled by Tony any more.Well that’s it so if you have any input on the Avengers 2 movie please share below as we learn more about the great story behind the upcoming movie.