On April 28, 2015 the LG G4 was unveiled to the world with its latest features and specifications.The first thing that you will notice about the G4 right off the bat is that it actually looks like the LG G Flex but with less of a curve than that model but otherwise it has kept its main features such as the thin bezel and basic features that users have come to love about the screen but with major tweaks to improve things.

It Curves but will not Flex

Unlike the G Flex the LG G4 does not flex at all the curvature is to more readily fit in hand and fit the curvature of your face for a more comfortable experience when holding your phone to your face. The sides are metal, there are virtually no buttons to be found on either side as everything is in the back of the device and the body is glossy depending on which version you go with. 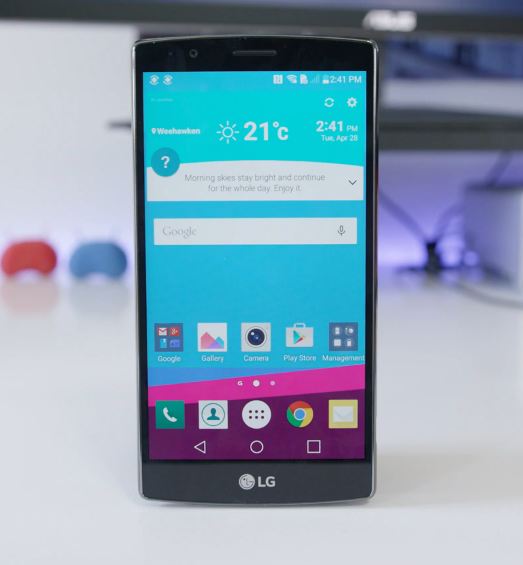 The various LG G4 units will arrive with a variety of backs covers which includes a plain plastic back with a diamond pattern and the other backs include:

Most users will probably opt for the leather back which is the coolest of the set. The leather features a careful stitching which runs up the back of the phone in the center which looks nice but may bug other users but its hardly a deal breaker.

The back cover is still Removable 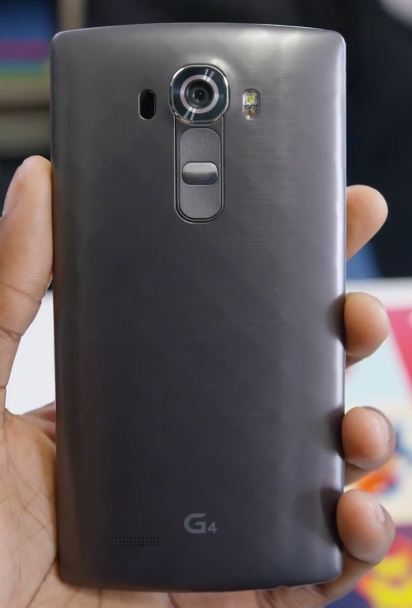 The LG G4 still has a removable back in an era where most phones are now moving to a self-contained battery which is always a nice feature. The battery this time around is totally removable and is a 3000 mAh battery and there is support for extending the storage capacity on the G4 by means of a  SDCard up to 2 terabytes which is a pretty high limit considering the current capacities of SD cards. The battery also now supports wireless charging which is great but there is no quick charging feature anywhere to be found.

The display on the LG G4 is a 5.5 IPS quantum display which is quad HD and looks better than ever before, this is easily one of the most captivating features of this new device. The new display is very bright and this works great even in direct sunlight, so you will be able to see the display even in well-lit conditions. Overall the display is very sharp and colorful which is great as it improves on the older model very well.

This is the next super star of the LG G4 new features, the new camera is way better with all new features to improve on the older unit. The pictures captured by the new 16 mega pixel camera is great and they are very sharp to say the least. It has a F 1.8 aperture with improve image stabilization, laser auto focus and a sensor on the back called the color spectrum sensor that supposedly will help with making your pictures look better.

The new auto focus is great and improves on the old one allot and there are even new gestures such as if you were to tap on the down volume button twice the phone will wake up in camera mode and snap a picture.

Inside the smartphone is a Snap Dragon 808 processor and 3 Gigs of RAM which performs well with the on board software even better than the LG G3. The operating system that comes with this device will be Android 5.1 lollipop with LG’s software on top.

Missing Features you were hoping for

If you were hoping that LG would have included a finger print scanner then you are out of luck as this features is noticeably missing from the mix which would have been a welcomed addition most users I am sure were wishing for.

We are expecting the G4 to be release for the United states during the moth of May 2015 and that it will be available for all major US carriers.