The Problem in Detail

Devices that this applies to:

How to fix the Samsung Galaxy Tab Speaker Sound turning off and on problem?

To fix this problem you first will need to open your Tablet:

1.You will need a set of phone or tablet tool set to begin.Its next to impossible to open up your device without causing damage without a phone or Tablet tool set. You can get a set here..

2. Start by separating both halves of the Tablet. You will need the guitar pick like tool and the prying tool. The tablet opens from the front cover glass in my case and not from the sides like most other tablets. There are no screws so you will have to use both prying tools and get it into the groves. I suggest you use the guitar pick like tool first and go around with the second tool close behind to separate the halves of the tablet.

3. As soon as the entire front starts to separate finish by using the suction cup to finish the separation on the front glass. Please do note there is an adhesive strip holding the halves in place and it will take a little effort to open.All sides must be loose before attempting to separate. 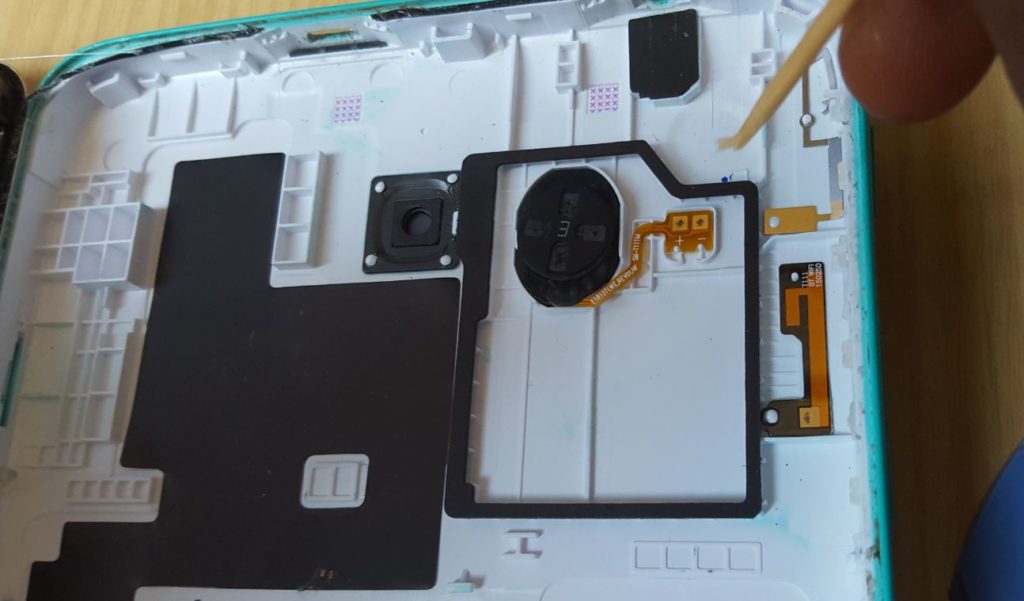 Speaker in the back cover with positive and negative terminals

4. Once both halves separate you will notice the speaker is in the back half of the tablet with a positive and negative terminal. While a connection point is on the Circuit Board that’s spring loaded and makes contact when both halves of the tablet come together. The problem is this spring-loaded mechanism as shown below sometimes over time gets push down and breaks contact with the speakers. Take a flat tipped screwdriver and gently pry both spring sections up (Negative and Positive). 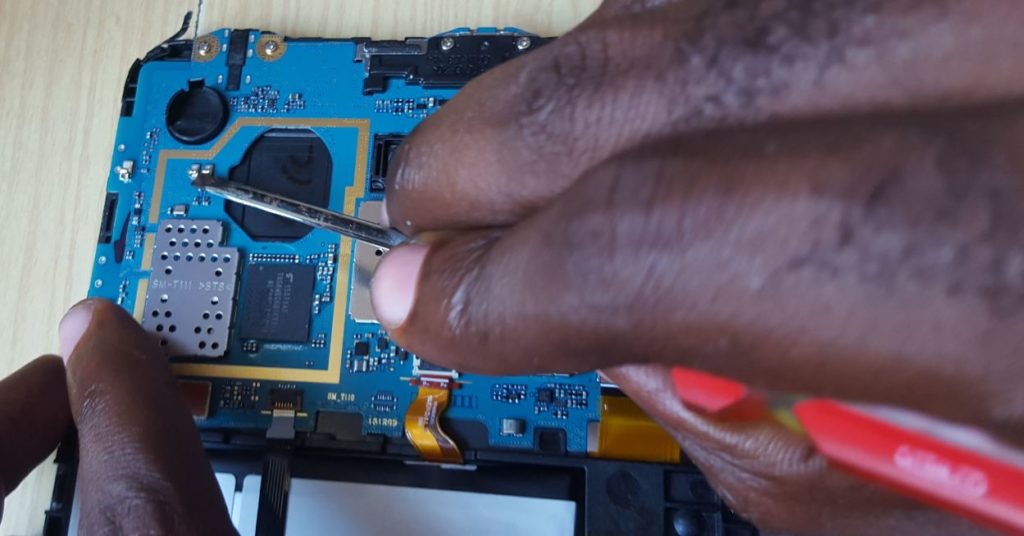 Spring Loaded contact points that should be pushed up

The reason you do this is because they are no longer making full contact with the speaker terminals thus the sound coming on and off at random. Make sure to lift them a bit so as to set them high enough to make better contact.

5. Finally be sure to rub the surface of the spring contact points and the Positive and negative terminals this will remove any corrosion if any. Put the tablet back together and close tightly, also place the adhesive strips between both halves back before putting things together and closing up the tablet.

That’s it guys, this is an issue I see will happen allot to the Galaxy Tab as this is a design flaw, so I do hope I saved you a trip to the repair shop and if so please take the time to leave me a message below in the comments and also do share this article on social media with a friend or two it would be really appreciated.