So here is an issue I encountered and was able to fix with a friend of mines phone recently. He noticed that all of a sudden is Android phone was taking pictures and when he went into Gallery he would see that the picture that he had just taken would not show a preview at all and appeared as black. When he opened it he would get the error: Cannot Generate thumbnail.

After a while too the pictures that were taken that were blank and could not generate a thumbnail would disappear leaving only pictures from before the problem that were fine before the issue started. Some times too pictures would show up as only partially developed or generated or they would work but no preview was shown. I also noticed,which may or may not be related that as soon as we went into Whatapp and tried to download a sent picture or Image we would get the error: Download failed:The download was unable to complete. Please try again later. Despite the internet connection working as it should. 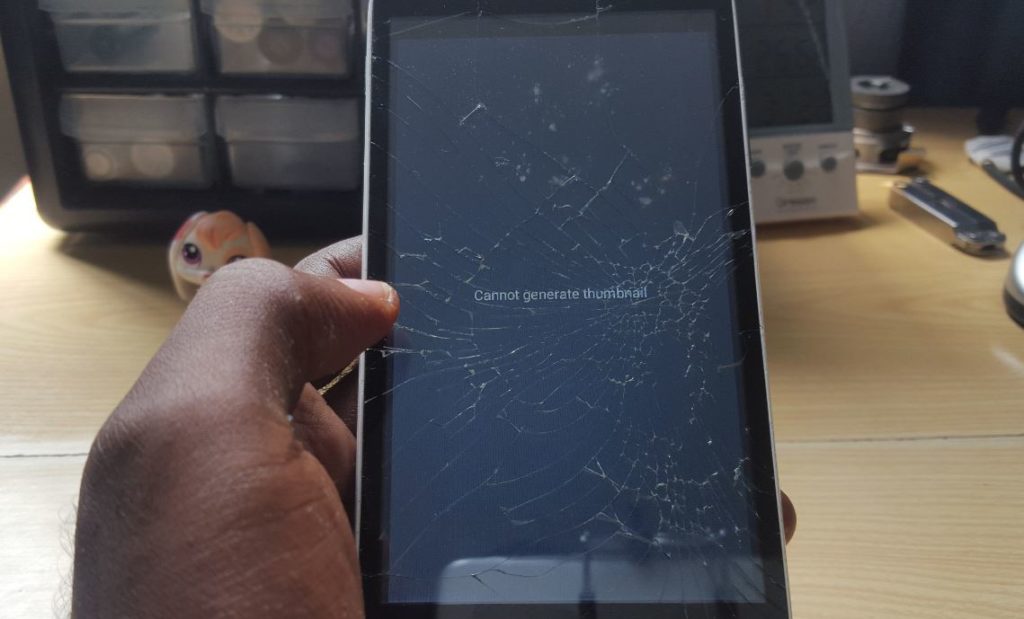 My Thoughts on the Issue:

My first thoughts is that the phone had a bad MicroSD card which needed replacing or the internal memory of the phone was shot. The main reason for this though was that the phone had been dropped a few times and the display was smashed. Ultimately the phone would need replacing soon but I though there must be something else that can be done so as to get it functioning again, as everything was working just fine. 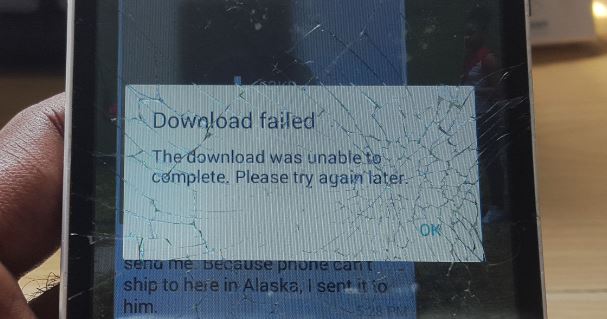 How I fixed the Cannot Generate thumbnail issues on Android?

So in order to possibly correct the issue or get some functionality out of your device do as I did.

1.Power down the affected phone.

2. Boot into Android Recovery by :Holding down power + Volume up button. Wen the menu appears with the following options:

Choose: Recovery Mode by using the volume up and down button to move through the options and use power to select (Some phones might boot right into recovery).

4.Once in Recovery mode use Volume down or up button to navigate and choose: Wipe cache partition.

5.When complete be sure to reboot the phone by choosing: reboot now. When the phone boots up again the issue should now be fixed easy.

If the issue was not fixed on the first try you may need to repeat the process or when in Recovery mode wipe the cache more than once before rebooting. Also do not rule out a bad MicroSD card or bad internal storage or phone that’s dying and needs replacing if this did not fix the issue 100%.

Why did this Work for me?

The reason this might have worked is that corrupted cache on your phone that had built up over a long time of use might have caused the Cannot Generate thumbnail error and also the Download failed one.

So guys I do hope this tutorial was helpful to you as it was for me. If you have any questions go ahead and ask them below in the comments as I would be glad to help you out in any way I can, after all this is why I created this blog so don’t be shy. Also please share this article on social media if you would.