So today’s fix involves Android phones LED flashes and tone plays when playing voice Note Whatsapp. This problem is quite weird and I encountered it on a friends phone.When we played any of her Whatsapp voice notes the LED flash would light up and a pinging sound would also be heard. She had no idea how it got turned on or how to turn it off.

When you play voice Note or maybe even other media on Whatsapp you will hear a tone from your device and the LED flash will light up. When the issue is encountered it can be distracting and interfere with listening to your messages especially if you have no clue how it got turned on.

What Devices will this apply to?

This applies to any Android device so be sure to try the fix out if you are having a similar situation with your device as my friend was before we fixed it.

To deal with this problem

1.Go to settings, then Notifications.

2.Now under Notifications click on Advanced in the upper right.

3.Under all Apps search for Whatsapp. 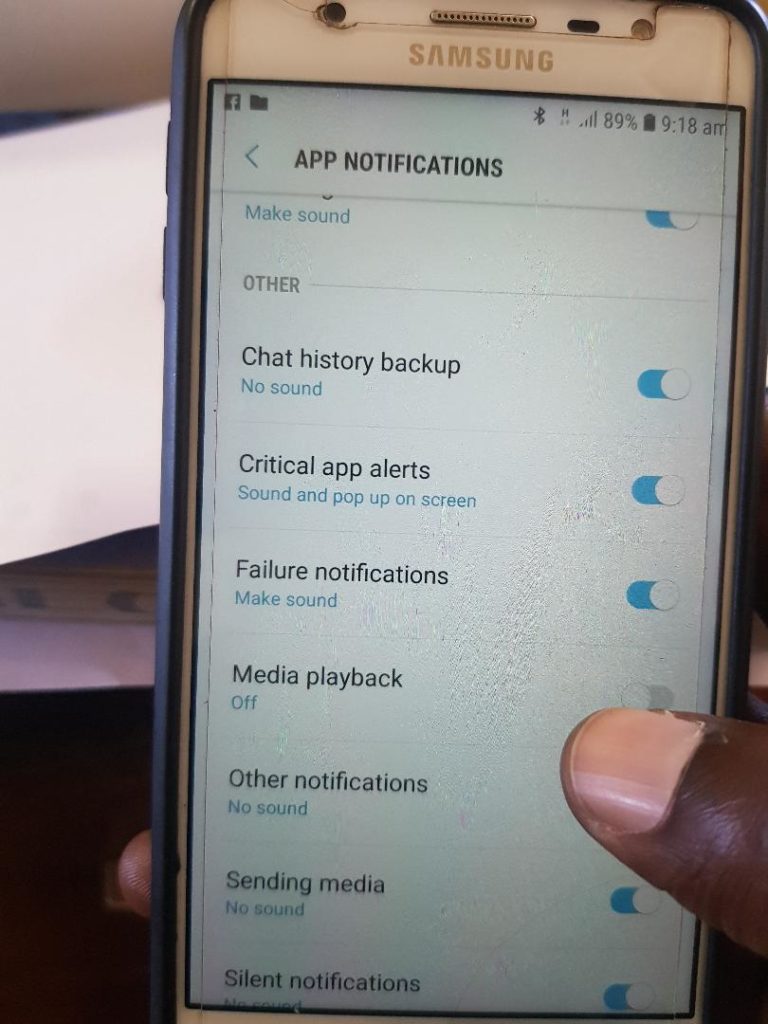 4.Now scroll down and look for Media Playback and turn the toggle to off.

This will now stop the sound and Flash on your phone from lighting up each time you play any media such as Voice Notes.

Watch this video to see the issue and how its fixed.

Why was this happening?

It seems that somehow the Notification feature was turned on for Media Playback which would indicate when any media such as Voice notes was being played. Now as you know it’s not necessary to have a notification play when playing any media and this can get really annoying once turned on.

Before you go friend be sure to share your thoughts on Android phones LED flashes and tone plays when playing voice Note Whatsapp issue and do share with a friend. I would appreciate it as well if you could also check out even more content here on the blog.