Skip to content
Home » Blog » Android Tips » How to get rid of Grid lines on an Android device?

I recently woke up to a weird thing with my Android phone, there were Grid lines on my screen and it was very annoying with X and Y coordinates running at the top of the screen,  basically as I ran my fingers from one point to the next the lines appeared where ever I touch and seamed to be pin pointing my movement on the touch screen and giving an exact coordinate at the top of the screen. I had never encountered the problem before and it was quite baffling to me as I did not put the phone in that mode or changed anything the night before when it was working fine.

If I moved my hands fast and made circular motions the lines would remain on-screen until I made fresh marks somewhere else, I started to play with the phones a bit to see if I could fix the issue as it was annoying and made using the phone next to impossible. As the lines where every where. If you are having the same issue I am here to show you the solution.

Description of the Grid lines Problem

Your Screen will show a vertical and a horizontal line that intersect (Grid Lines) just beneath the point at which you touch the screen and at the top of the screen you will notice y and x coordinates and one or more might be colored in red. If you move your hands very fast in a random motions such as circles you will notice that some lines will be left on-screen. These lines do not disappear, but when you make fresh random markings they fade being replaced by the new lines. 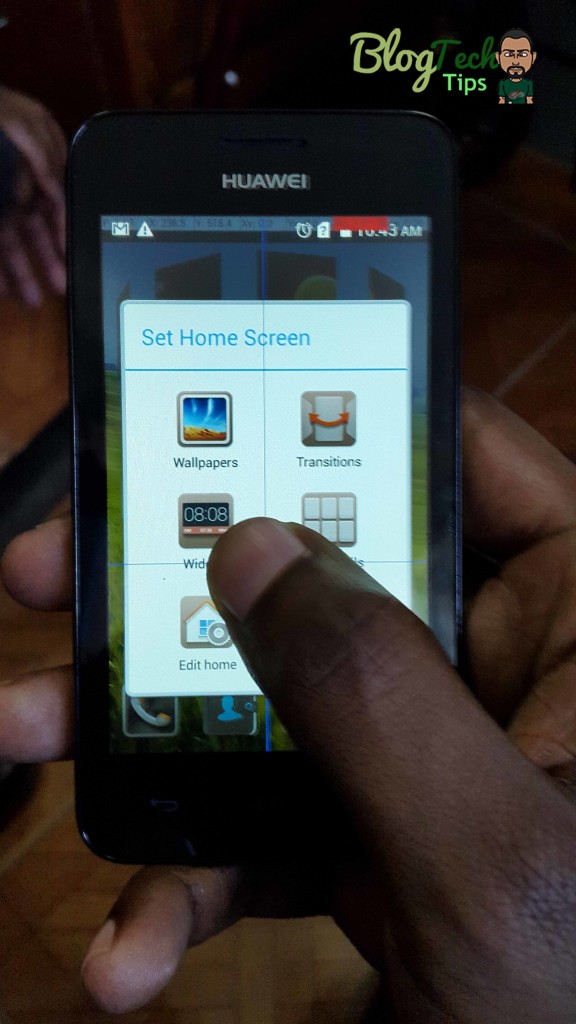 What devices does this issue Affect?

This problem seems to affect any Android device from high to low-end devices including in my case a Huawei Android phone, Samsung Galaxy series of phones or any device that’s running the Android operating system. 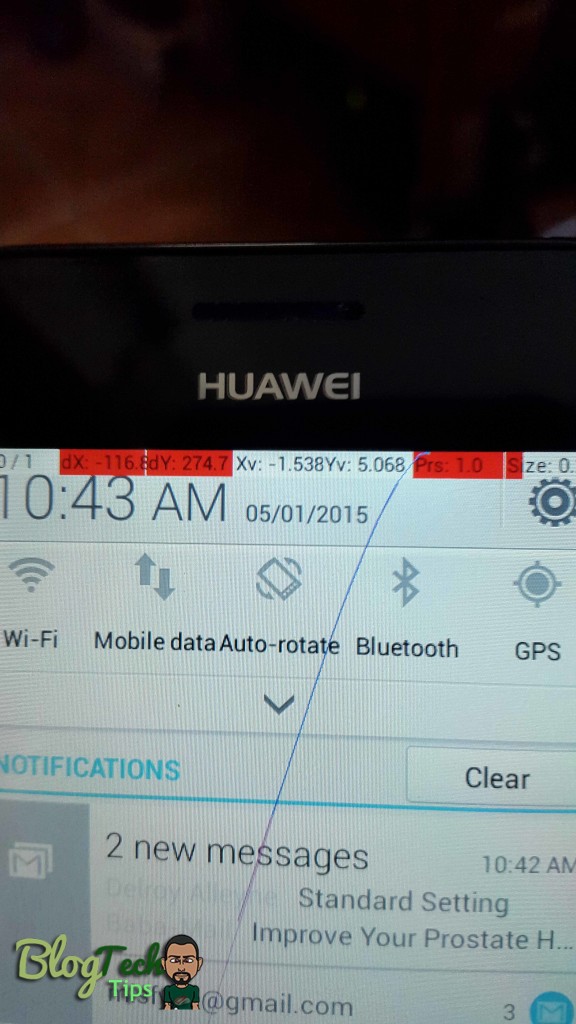 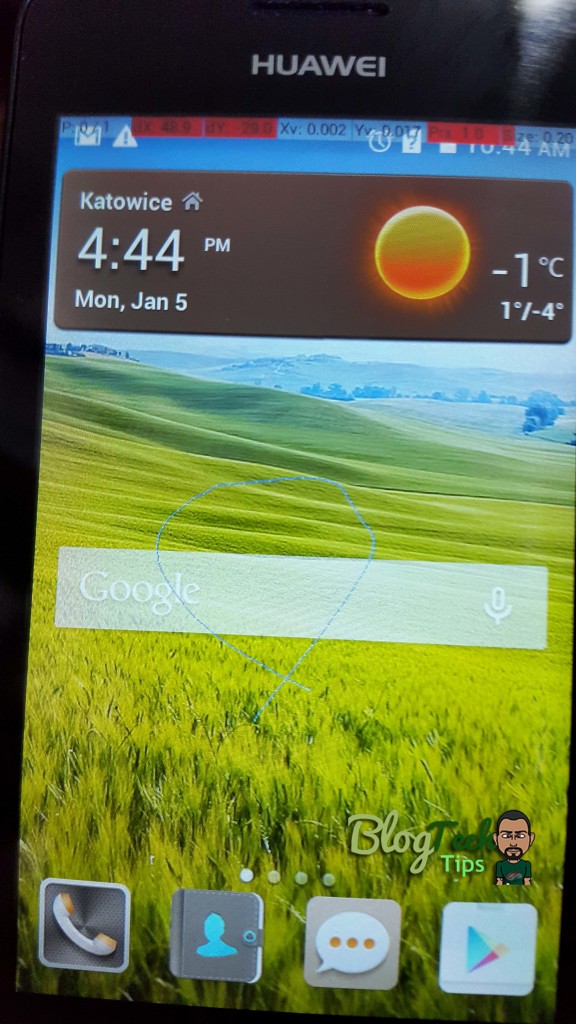 What Causes the issue?

Seems that there are several ways that you can run into this issue, from running a custom ROM or you might have enabled the feature in settings accidentally.The funny thing is I was on the Stock ROM and did not mess with settings any at all, so as to how it got enabled is a mystery to me.

How do I get rid of the Grid lines or pointer location on my Android device? 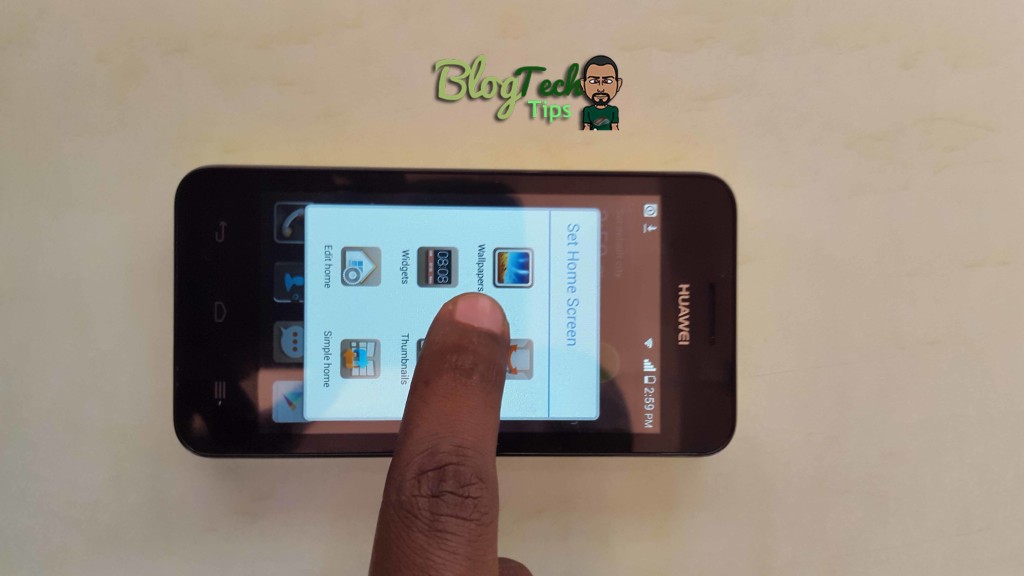 As you can see the lines are gone when pressing the screen now.

To get rid of the lines and return your Android to normal, Yes I know its annoying :), you will need to enable developer options and disable the feature causing the issues:

1.Once you have entered and enabled developer options as shown above you will need to look for the Input section.

2. once you are there look for the option: Pointer location Screen overlay showing current touch data.

3. There should be a check box beside the option uncheck the box and that’s it, the lines should disappear off the screen.

OK I am sure you are very happy right now that the problem is fixed, if all else fails including the above you can also do a hard reset which will also clear the issue, it’s a bit extreme but when it comes to your phones functionality nothing is beyond trying to get things back to normal.  As usual please if this has helped you in getting rid of your Grid lines on an Android device leave a comment or share this article with your friends.

11 thoughts on “How to get rid of Grid lines on an Android device?”