If you are longing for Google’s newest flavor of Android dubbed Android M well the wait period is drawing to an end as the latest version of Android has been released to developers and as such the developer preview is available and so far the devs have been trying it out and I am here to highlight the new features that’s are most attractive about this latest flavor of Android that will be out soon to the masses.

What does the “M” in Android M represent?

So far we have no idea what the letter M represents in this latest build but if history has anything to do with it then its most likely named based on a tasty treat as past versions of Android such as Android L which was for lollipop.

What will we getting with Android M? 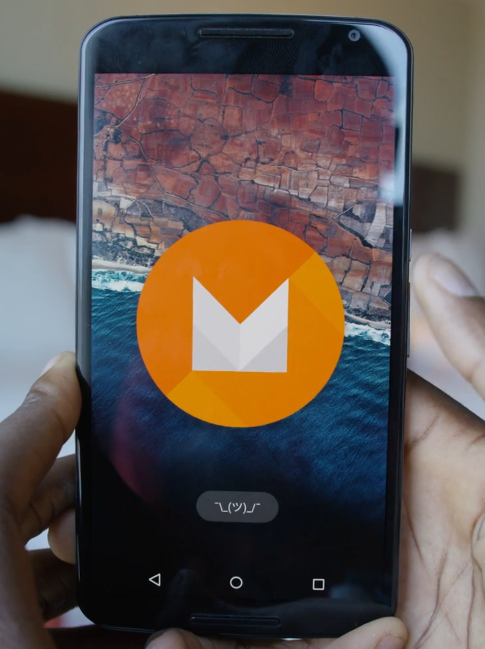 Right after installation we can see that Android M is more of a fine tuning of the features and aspects of Android we have come to love over time, at its core its only Android 5.2 . Google has done a tone of tweaking to boost and promote the best user experience possible while keep the core feel intact.

With this new innovative integration using your fingerprint as a means of accessing more features in your phone is now baked into the Android M operating system. So you will be able to open locked screens, pay for Apps in the Play Store and even third-party Apps and developers can better utilize the fingerprint feature.

The volume controls have been redone and now when you lower the volume to absolute 0 the phone will enter silent mode, if you hit the button another time you will enter do not disturb mode.

Tapping on the drop down under volume control will bring up a more refined volume control to control various sound profiles such as for ringing , notifications and so on, I like this feature as before you would have to dig deep into settings to find such controls.

Throughout the Android M build the subtle changes can be seen on icons such as on the lock screen clock,Quick settings additions.Also when using copy and paste the new tool selects forward making selection more convenient and easier than before which was a bit clunky.

There is also a light and a dark setting to control the overall feel of the interface such as menu backgrounds and such. The App drawer is now Alphabetically arranged and will scroll vertically which is a big shame considering most users like the traditional horizontal scrolling.

You can now control the privacy settings for all Apps by dictating what apps will have access to various features on your phone such as the camera and microphone.

You can now fine tune the HotSpot feature as you can select the speed of the Hotspot such as: 2.4 GHZ Band or 5 GHZ band which give the user better control of this feature.

The Google Now feature is better than ever in the latest version of Android in terms of figuring out what you want to see or know about intelligently without you needing to type it.  So the improvements involve a feature called now on Tap which will be activated by holding down the home button and you will get Google now cards in relation to whats on your screen.

Lets say that you friend mentions a movie in a conversation with the new feature it will intelligently figure what you need such as  info on the movie such as rating, actors in it and so on.

You device will intelligently determine if your device is idle and if it is then your phone will cut back on everything that’s consuming power and save battery allowing your device to stay in stand by time longer.

Other Innovative Features of Android M

Those are all the most noteworthy features of the new Android M, it’s not a total overhaul of Android but tweaks and improvements that will make the experience even better, overall this is not the final build and the final product may have more features and some classic features options still being left in place. Please share your views on this version of Android in the comments below it would be nice to hear your views.