Today August 22,2017 marks the day that Samsung rolled out their AI assistant Bixby to Samsung Galaxy S8 and Galaxy S8 Plus users the world over. The update which is available through Galaxy Apps can be downloaded quite easily. You simply need to launch the app have an account and update. Global Users are getting this update a month apart from users in the USA and Korea. The Launch has not been a smooth one as many users are having issues where after the updating they simply can’t launch Bixby. We show you how to actually fix that problem with Bixby launch issues here.

Bixby Off to a Rocky Global Launch Again

Bixby was supposed to be a feature at launch of the Galaxy S8 but was postponed to later date which as of now turned out to be August 22. The Launch has been less than smooth as many users are having issues after updating with actually getting Bixby itself to work. Its simply not starting after all the updates unless you actually know your way around Android.

Less Tech Savvy users will surly be scouring the Internet for ways to fix this issue. Luckily though Blogs like this one exist to help ease those strains on Samsung.Samsung really need to implement a feature in these updates to make sure that if they fail after updating users can troubleshoot their device without needing to call someone. 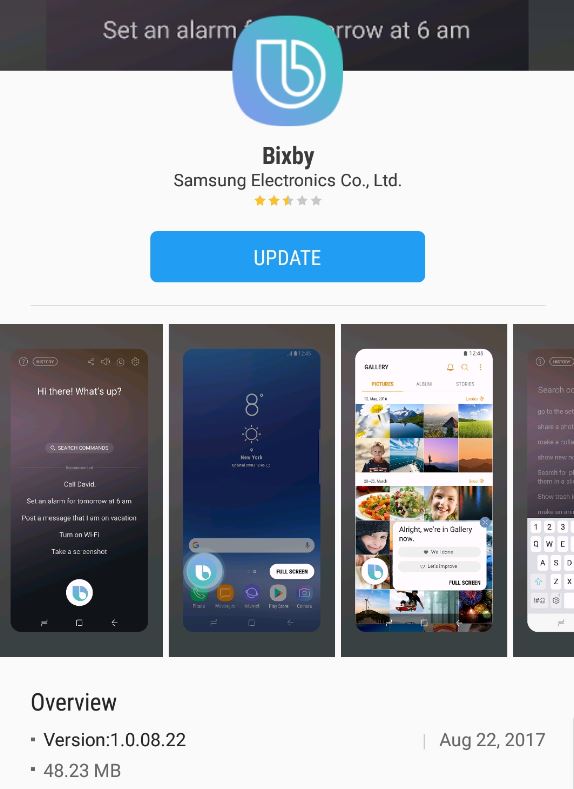 Other issues encountered also included problems while updating where updates would fail and so on. All of which could have been avoided if the feature came baked into the Galaxy S8 and S8 plus right out the box as it was meant to be.

Here is how to fix Bixby when it has launch issues or wont startup when the button is pressed in case you missed it: Fix Bixby not starting.

It’s not all Bad:

It’s not all bad though as Bixby works fine once you get around the Startup issues and actually fix the app and get it running. It’s a great way to operate your Smartphone without having to actually touch the phone. Simply say “Hi Bixby” followed by a command and she will perform the task you specify, provided that she actually understands you.

The Samsung Assistant has a long way to go and with more and more users using the feature it should blossom into a worthy AI assistant to go up against the likes of Siri and Alexa and so on. I personally love the Bixby assistant and now my Samsung Galaxy S8 is whole and I can actually start messing around with it and learning the cool tricks and things I can do with Bixby. lets hope Samsung does not have anymore surprise in store for us relating to issues for the rest of the life of the Galaxy S8 and S8 Plus.

If you have any views on this update and the issues faced please leave a comment below and do take the time to share and get the word out there.