So for today we will be looking at How to spot a Fake iPhone XS or a clone of the iPhone XS. Also this will also apply by extension to the iPhone XS Max so bear that in mind. Its becoming a yearly tradition now that these fake iPhone Clones copy Apples flagship devices to the letter. I will be showing you below how to spot the Fake or knock off devices.

Do remember that these fakes devices are many and they do not subscribe to a design philosophy so their is not universal signs to look for.  At the end of the day you will have to be smart and look out for any signs that will indicate your device is a Fake.

What is a Fake or Clone iPhone XS?

Do to the popularity of the iPhone there are now clone or Fakes devices that you can buy at a fraction of the cost, the problem though is that sometimes the Fakes may be sold as the real deal and you may be tricked into buying one. Below you will find tips that will help you identify weather or not you have fake or the real device.

How to spot a Fake iPhone XS?

You can use the following to spot a Fake iPhone XS or iPhone XS Max.

1.The Price: If you paid say $125 or significantly lower than the Apple price tag then my friend you are either the luckiest person on the planet or you just got a fake.Fakes are sold for cheap and some users will not question the price tag and assume they have a real item so be extra vigilant. 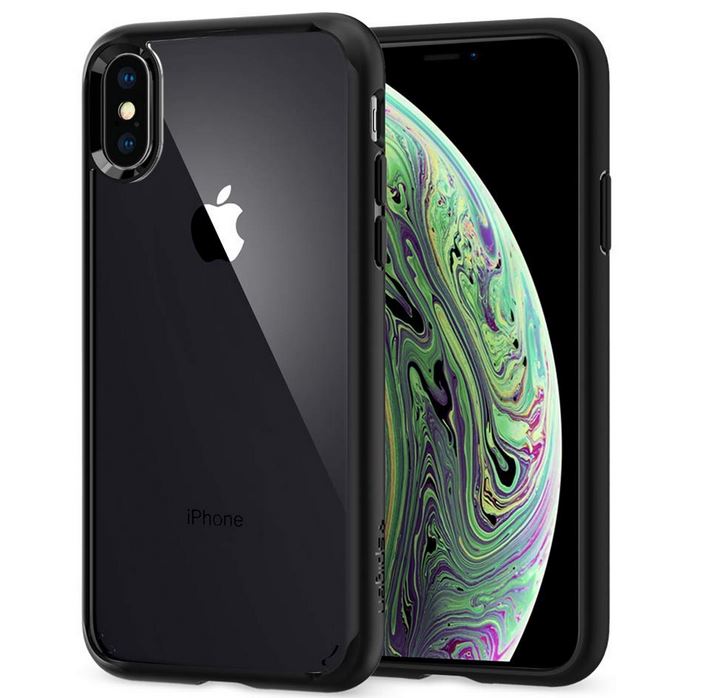 2.The Packaging: Be sure to check the specifications of the device or the features and be sure that the references apples to the official specifications for the iPhone XS and the iPhone XS Max.Also look for wrong spelling and naming references as some fakes were made even before the official device was released.Finally look for tacky presentation from the outer to the inner box that Apple would never do.You may even find that the image on the box is wrong in some cases.

3.The Accessories: The fakes often have flimsy accessories when compared to the real deal. Also you may get wrong accessories for the iPhone XS and the iPhone XS Max.Documentation inside the box may be poorly put together or even poorly printed in quality on the fake.

4.Slow: Fakes are often slow and lagging in overall performance and in booting up compared to the real phone. The iPhone XS is a top of the line device and should not lag at all especially right out of the box.

5.Incorrect Applications: Launching some key apps may result in an entirely different app such as Apple Maps or the App store. This is because the fakes are only trying to look like the real deal and they often fail at the  task in some areas than others.

6.Inconsistent Battery life: Fakes often have very bad batteries that may even have issues with charging and so on. Watch out for overheating and you may get ads popping up on your device in places like apps where they should not be.

7.Picture and Video Quality: The display on the real iPhone XS is really high-resolution and crisp while on the fake its lower in resolution which should be obvious due to the lower quality display that’s included with the fake.

8.Face ID: Test out Face ID and if the feature does not work or simply fake the unlock process and can be opened with any Face then its a Fake device true and true.

So that’s How to spot a Fake iPhone XS or iPhone XS Max. Some users will still want clearer signs that they have a real device or not, but the thing is that Apples superior built quality and attention to detail compared to a cheap knock off only requires you check the phone thoroughly. The mistakes in the fakes will stand out and you will then know its not real, so do check everything on your phone thoroughly.

If you have any questions do ask below and do check out our other articles here on the website. I would also love if you could share this articles with your friends as well on social media.

5 thoughts on “How to spot a Fake iPhone XS”