Hey there readers I am back with another update on my experience with the Payoneer card and the charges that will be incurred when you use the card for cash withdrawals. This can be a big help for those thinking of getting the card and want to know what charges to expect. I have entitled this update which is my second in the series as: “Payoneer ATM Adventure” and rightly so as using the card for the first time in my country was quite the little adventure.

If you missed the first update which outlines the charges you are in for when you first load you card with cash see: Online payday and Payoneer charges hit hard or not. In case you do not know what Payoneer is or you would like to get a card of your own simply follow this link to have all your questions answered and get your very own Payoneer ATM card. 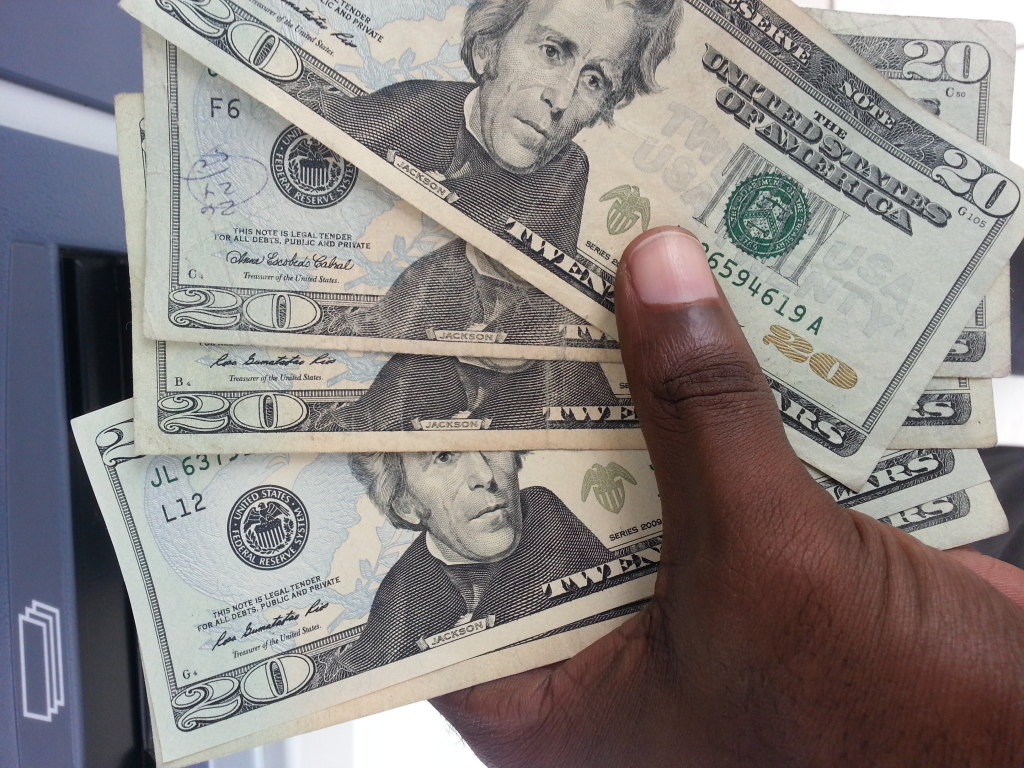 Quick Recap: So as promise this is update number 2, So as from the last time my Payoneer card was loaded and I was grinding my teeth at the charges but luckily I had signed up for my card through a friend of mines refer a friend link and was rewarded with $25 US bonus which is only given to those who sign up through a link like this one here and load their first $100, so my initial charges were cut way down thanks to that reward.

So there I was outside the bank at a local ATM machine ready to use my Payoneer card, I was nervous as I feared that it would not work. I wanted to withdraw my hard-earned cash as US dollars and not my local currency. There was a long line and quite a few people waiting, so after a while I was at the head of the line so I quickly entered the ATM with my Payoneer card and crossed my heart and hoped it would work.

I inserted the card into the ATM and I chose Cash withdrawal then checking account as advised by Payoneer as the withdrawal will fail if you chose savings otherwise. Then I chose the cash amount after entering my PIN, I almost fainted when the machine displayed invalid input or cash amount. I soon realized that I was only able to withdraw multiples of $100 so I adjusted my withdrawal amount.

Out came the $100 I had asked for, but wait it was not in U.S. but in my local currency. I was a bit confused but common sense prevailed and I left the ATM machine. The thing is that I should have used a Dual currency ATM to make the withdrawal but it was great to know I could get cash easily. Besides I could now see how much will be charged for you guys when you do a direct cash withdrawal to your currency, the things I do for this blog (lol).

Here is a breakdown of the charges for withdrawing $100 of my local bucks:

So as you can see I withdrew $100 of my local currency which is roughly equivalent to $1 US and was charged us $4.08, in all fairness the charge is not from Payoneer it seems but from my local bank which took almost $3 US for a 1 US withdrawal.

I would be puffing smoke right now but after waiting 1 month for my first cheques to arrive and more than a month for them to clear to the point that I had gotten Paid through Payoneer and could use the cash from my second Payday weeks before my first physical cheques cleared you may not complain about the charges that happen here and there.

My second Visit to the ATM for US Cash Withdrawal

The second time I was ready and this time I found the dual currency ATM and knew I could withdraw US dollars. So this time I went into the ATM and this one asked if I wanted it in my local currency or US dollars so I smiled and punch my options in, I made another slight error and started over but this time I punched in US $100 and out came the cash in $20 bills.

I was so happy and now I knew that there was a reliable way to actually collect my earnings. The only problem now was to look at the actual charges which was my biggest nightmare.

Break down of charges for US cash withdrawal using local ATM:

So as you can see this time I withdrew US $100 and the bank took a total of $4.95 for themselves I do not know if this is a flat transaction fee or based on the amount withdrawn but again it does not seem to be from Payoneer.

So a little shaken up on the charges but lets weigh the pros and the cons, firstly the Payoneer Card is mad convenient and to wait on cheques to clear takes too long especially if you need to cash quickly, the charges that the institutions handling the cash charges do add up, that includes Payoneer, local banks and PayPal. So my solution is to actually wait and accumulate the funds and make large cash withdrawals instead of making multiple small withdrawals, which will save me some money in the long run. It’s either that or back to paper cheques.

So my conclusion is get the Payoneer ATM card but use it wisely as the charges do add up over time which can really cut into your hard-earned income. Besides Payoneer is running a service but bear in mind that it’s a very effective service and if you have to Pay a little cash for the convenience in my book it worth it not waiting long periods for a cheque to change.In future updates I will share my experience at point of sales locally and online purchases. So feel free to leave a comment or have a look around.