One of the Games that I am playing currently for the PC using my Brand new Gaming PC is Grand Theft Auto 5 PC and I must say for being a long time gamer and having had the pleasure of playing every major Grand theft Auto that’s has been released over the years I was not truly prepared for what GTA 5 PC brought to the table as I was mesmerized by the awesome graphics and even more so by the game play that keeps pulling you back for more each time I took up the keyboard and mouse to play.

Before we begin to look at the awesomeness that is Grand Theft Auto 5 PC lets first look at the requirements that you will need to play: 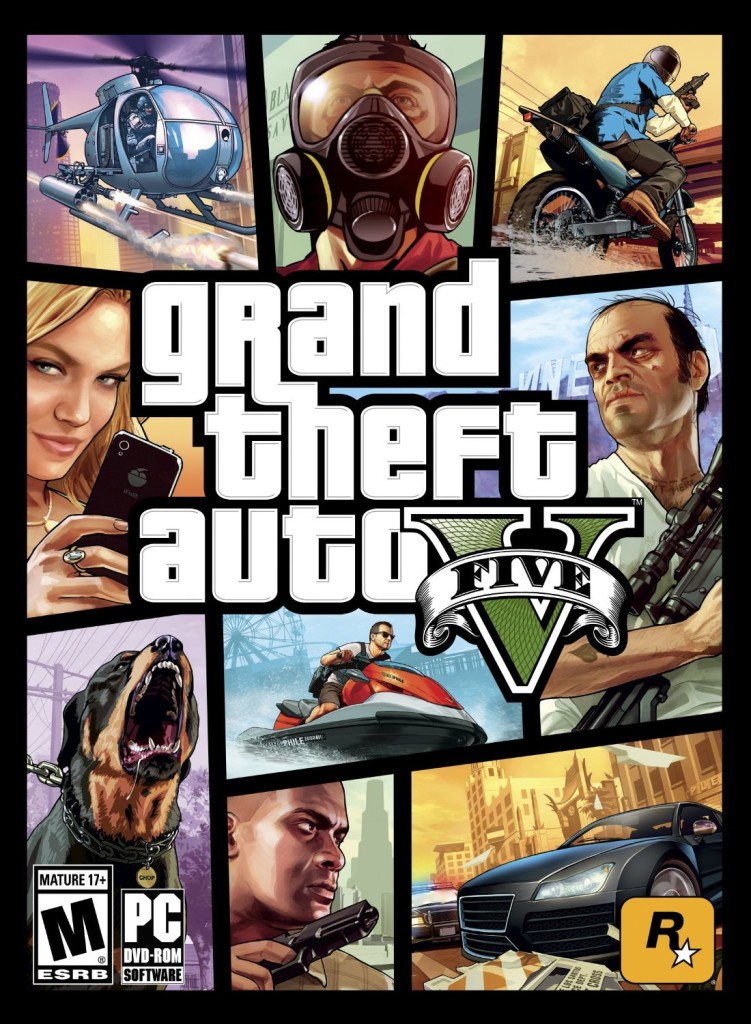 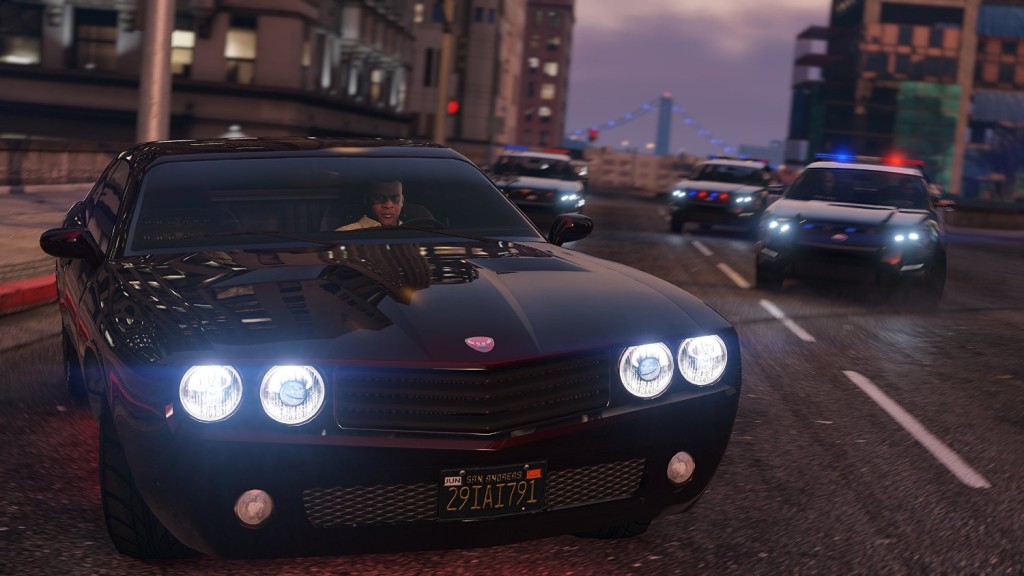 The attention to detail in this Game is one of the best things about the GTA 5 world that simply draws you into the game its simply a breathtaking view of a fictional metropolis that you can’t but forget at times is a game. I had to remind myself a few times while playing that it was just a Game and RockStar games has done a marvelous Job and created another modern masterpiece that we all can enjoy from the detailed character models for everyone you meet in game to even random trees you will see that everything is exact and gorgeous.

I also found that with the latest Nvidia Graphics card you are in for a real treat as you will be enjoying the game the way the designers meant for the game to be played. The textures from everything including houses, cars to even the pavement is really great looking and trust me I have looked and thanks to direct Dx 11 everything is very smooth and looks greater than GTA 4 by leaps and bounds.

The attention to detail is unbelievable and so much so now that even the TV in Game has real programs that are quite entertaining I was literally pulled into the programing on the TV and was actually watching as I could not look away which says allot as Rockstar as left no stone unturned in GTA 5 for the PC.The card that I was using on my Pc happened to be a GTX 960 2GB edition from MSI which had no issue handling the game smoothly with no hiccups.

The story without spoiling much features a diverse group of characters which in the world of Las Santos set out on some of the most daring heists or bank robberies ever organized in Gaming and with good effect as you get to plan and execute each heist with great precision while fending off some of the most insane characters gaming has to offer. I really enjoyed playing as the story was wonderfully paced with some really nail-biting moments and even some in which you were jumping from your seat with excitement as you wanted to know whats was next.

Overall I enjoyed the story, the depth and complexity of each character and while I was a bit skeptical at first about the mechanics of controlling several character which you can switch between easily it actually helped with enhancing the story and made things even more fun seeing things from different characters perspectives.

The world is really alive with sound and if you have the hardware to hear it all you will be pleased with the quality. I especially like the variety of music that you can get on the Radio and it includes everything from modern Hip Hop, classics to music from all over the world including even the latest Reggae and Dance hall music if you can believe that.

The programs and talk show host on the radio are crazy as usual and I for one enjoyed taking in their crazy antics and as soon as you complete a mission simply listen to the radio to hear your exploits being covered by the local news personalities, which adds an element of realism as you would get in the real world.

I love that you can now customize your cars and trick them out as you like and I have noticed that cars are very detailed, even the underside which you don’t hardly ever see. The controls are very good and I don’t know about you but I love playing with the keyboard and mouse as I think GTA 5 was made to be played that way, I do have a xBox controller which works fine on the PC but I save that for other games to which its more suited.

Even the characters skills like shooting can be improved in-game with practice and things that you will be called on to do during the story is as fun as ever such as pulling a house off the side of a hill or catching up to a boat being towed on a truck on the high way and catching a character before they all off said truck is enough to get you heart racing and immerse you into the game.

Interactivity and the open World 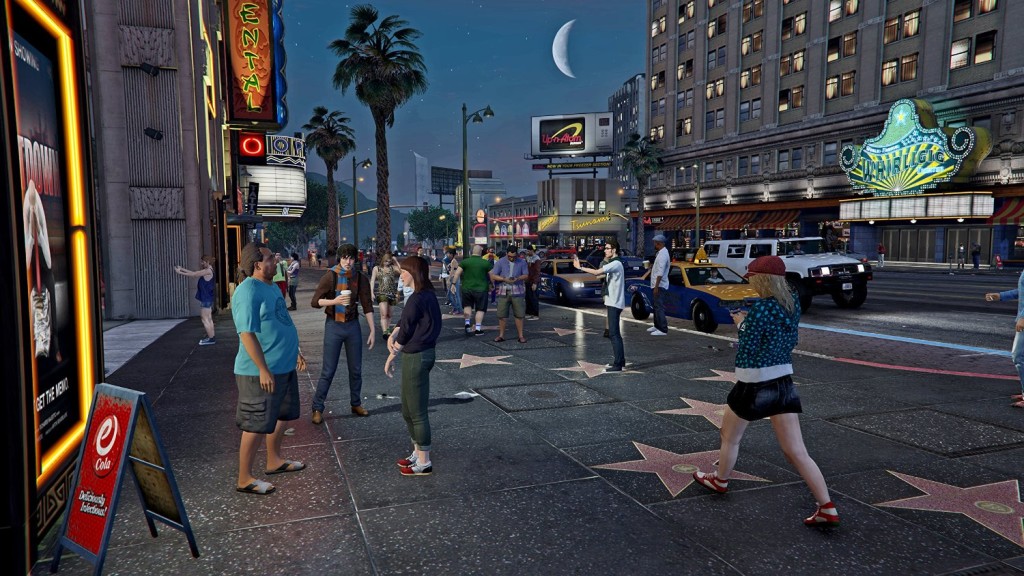 The world is very fun in Grand theft Auto 5 and its in the little things such as how big the world is and the lots of things to do to keep you occupied and the AI of the in-game characters such as a driver flipping you off for scratching their car or if you were to stand before a car and try to jack it (Big Mistake) as the driver will most likely speed off hitting you and leaving you flying which adds to the realism and the things we like about Grand theft Auto 5 right out of the gate.

There is literally a number of unique possibilities that can happen when playing that adds to the unique experience of game play that not even the designers could fore see, I remember a case where I was being chased and need to escape from the cops only to take a daring detour off-road to a next to impossible route down a hill, which was enough to get away. Those moments cannot be scripted but due to the depth of the world in Grand theft Auto 5 PC it was possible and I am loving it.

Overall this is a great Game that I would recommend to anyone on PC that it is a must play and if you haven’t picked up your copy as yet then what are you waiting for. Please share your views on this awesome game below as GTA 5 has returned home to where it belongs on PC, we had to wait a while but it was well worth the wait.