Today I will be looking at how you can fix the Red Light Issue on Dell PowerConnect 3524 Switch. Now I recently encountered an issue on a network where the 24 port Switch in question started to give issues and display a red Led instead of its normal all green LEDs that it would display since the years it was installed. This LED would appear beside the FAN indicator. At first it would go from green to red and a simple tap would correct it until after a while it remained red.

As a result of this switch we lost internet and network connectivity to a whole section of the office complex this one switch served. It was clear the issue was with a faulty fan, but here is how I found a workaround to fix the issue without needing to replace the fan.

See how its done below in the video demonstration:

How to fix the Issue?

The first thing I did was to open the Dell PowerConnect 3524 Switch up. Which is quite easy I suggest you watch the video above or simply look for all the screws and remove them and watch out for the hidden ones beneath the brackets and then pull the top off the switch.

Once inside you will notice there is not much inside and Dell decided to cool this switch with two Fans that are very small. In my case once the sides were open I started by cleaning out any dust that was present with canned air. I recommend you clean the switch especially if its dusty and has been operating for years.Next up I suggest you plug the switch back in and watch the fans carefully to see which one stops spinning.That’s the one that will need to be replaced and you can remove the Fan header from the Circuit board of the Switch.From here you can simply Replace the Fan which is recommended. If you do not have a replacement you can use the workaround below as a temporary or permanent solution.

Workaround to Fix the Red LED or dead Fan 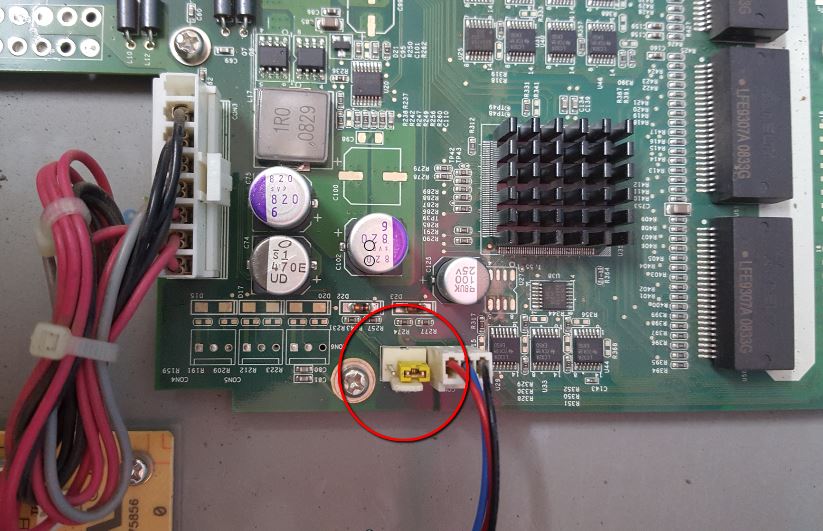 If you want to implement the workaround you will need to find the CMOS jumper off an old motherboard,you know the one you use to short the two pins in order to clear the CMSO its on most modern Motherboard. Use that to short the jumper on the removed Fan on the Dell PowerConnect 3524.

When you do that as seen above it will bypass the problem and trick the switch into thinking that the Fan is connected and the switch will work. This can save you a lot of time and get the network back up until you get a replacement fan or permanently as the one fan should cool things OK.

Just in case you need them you can find replacement parts below that can be used to help in fixing the issue or replacing the unit all together. 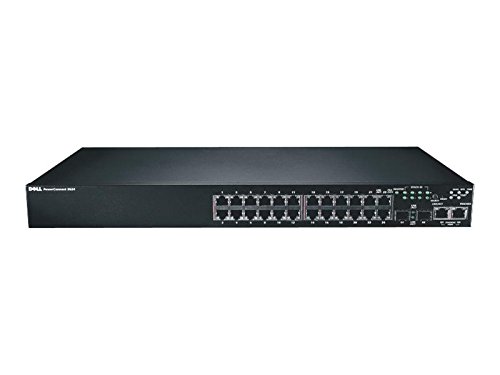 I do hope this tutorial was helpful in helping you fix the Red Light Issue on Dell PowerConnect 3524 Switch, especially the bypass regarding tricking the switch into thinking the fan is present. I do recommend you eventually replace the fan as to maximize cooling as these switches work hard in a network environment and need to be cooled properly and thus removing dust build up and having both fans is very important.

Please share this article online and also leave a comment below as it would be greatly appreciated my friend.