I have in the Past covered how to deal with the Screen overlay detected problem as you can read here, but in today’s article I hope to offer a straight fix that goes right to the point and will work for every user and easily fix their problem. So with my new insight into the issue I do hope the following will also guide you towards fixing your issue quickly as it did mine.

What is the Screen Overlay Detected error?

The screen overlay detected error or message can appear in Any App such as WhatsApp and other Android Apps and cause you not to be able to use the App as you normally should be able to. Sounds familiar? well it seems the error happens when another App is using the ability to draw over other Apps or Appear on top of other Apps feature in Android. Now it seems two Apps can’t do that at the same time and results in the error.

The error is caused when you have such a conflict and the cause is always another App that’s already installed on your device that’s conflicting with a current App such as a social media App. Several Apps can cause such conflict as a bunch of cleaning Apps, Boosting Apps, Launchers, Keyboards or other utilities. They are usually easy to spot as they cause a fancy overlay on-screen that’s visible or hidden such as slide out widgets, launchers or skins, battery floating percentage or other such fancy stuff.

How to Fix the Issue?

In order to fix the Issue you will need to:

1.Find whatever App on your phone that generating an overlay which can be a Cleaner, Booster, Keyboard or one such app that usually always causing some pop-up or on-screen display to monitor battery, charging or so on.

2. Once you find said App go to settings.

3.Then go to Apps or Application and find the App.

4. Once you find the App click on it and uninstall the App. If you don’t want to do that you can try force stopping it but in my experience some apps will restart immediately and only uninstalling will be enough to fix the problem 100%.

5.Next relaunch the affected app and see if you still get the : Screen Overlay detected message. You have found the App when the problem stops once and for all and you see no more popup.

I suggest you actually go ahead and find a replacement for the App that causing the issue for you. In most cases the replacement should not cause the issue. Trying to install the app again will usually cause the error to come back.

3. Now look in the upper left and find the gear icon and tap it. 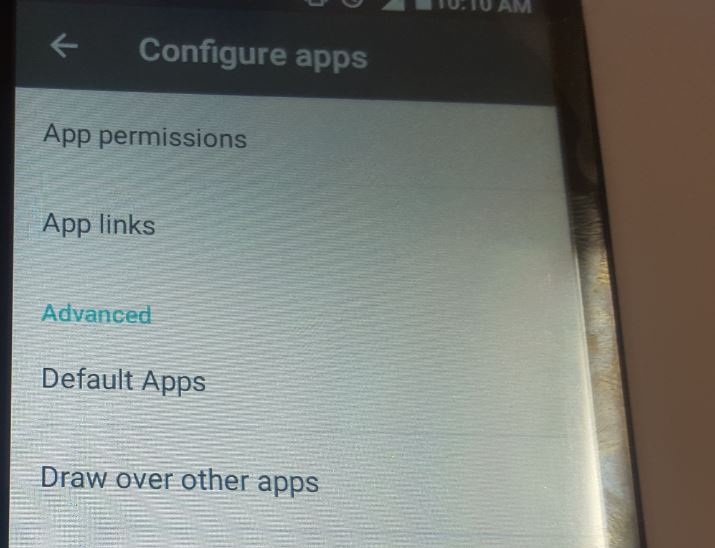 4. In the new menu you should see: Draw over other App, select it.Also clicking open settings when you see the Screen overlay error message will also bring you to the same place.

Note revoking acess in some cases may not have an effect on the culprit App in some cases as only uninstalling as above works as I have tested.

I do hope this fixed your screen overlay issue on Android as it did recently with a client of mine. I am also asking that you share this article on social media with a friend and leave a comment below.