This will be my hands on review of the Nintendo New 3DS XL Super NES Edition with Super Mario Kart. I can’t recommend this  enough to my readers, Go pick this device up now as this edition of the 3DS is the exact same as the normal Nintendo 3DS XL and sells for way cheaper and you get more with this package.The only catch is that an adapter is not included and you will definitely need one unless you already own one.

Even with all that you will save big with the Nintendo 3DS XL Super Nintendo Entertainment System edition this hand held gaming system. Don’t believe me compare the prices yourself.

The Nintendo 3DS XL Super NES Edition is very reminiscent of the SNES or Super Nintendo Entertainment system of old. Nintendo did a great job of capturing the feel of the old SNES with its design of this new system. I love the purple power and reset buttons that’s painted on the front. You would think a SNES themed 3DS would look drab but it’s actually very good-looking and a welcomed changed from the default look.

If you have ever owned or even seen a classic SNES you will appreciate the attention to detail that went into this. The whitish grey is also just the right shade not to be annoying making the Nintendo 3DS look classic yet with a touch of modern looks. 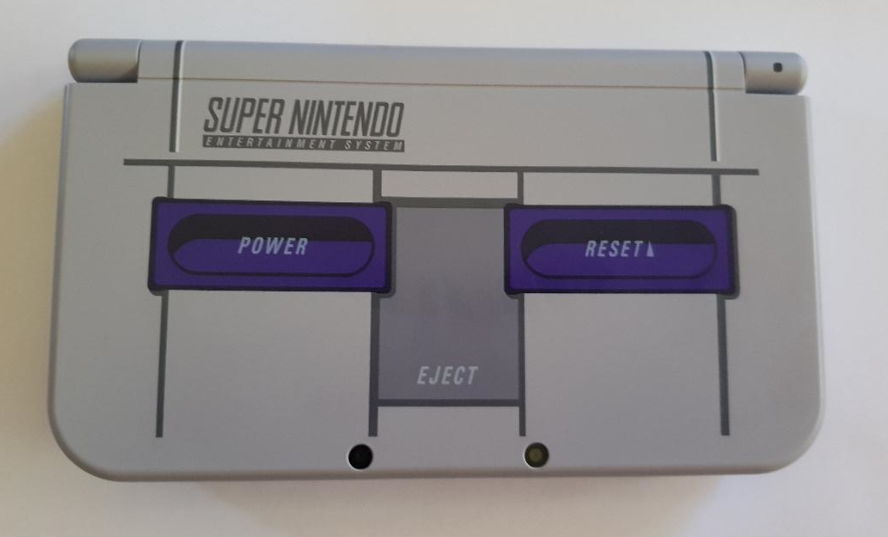 So whats makes the Nintendo 3DS XL Super NES Edition different from the normal version of the 3DS XL is the addition of the color scheme of the SNES and Downloadable Super Mario Kart. To put it simply you get a fresh yet classic look to the hand-held and a free old school game from the SNS era that was ported over.Now you cant say Nintendo never gave you anything extra with one of its portable gaming consoles.

Inside the Nintendo 3DS XL Super NES Edition you will find a bunch of stuff including the Hand held Game console, Getting started guide and other normal booklets, AR cards and Voucher to download Super Mario Kart from the Nintendo eShop.You can see the full video unboxing above.

So my favorite thing about the Nintendo 3DS XL Super NES Edition is of course its unique look which I have already touched on above. Owning this system will really get your device noticed especially if someone has never seen this version of the Nintendo 3DS before. All this goes a far way in you owning a unique device.

The price is also great as you will pay way less for this version over the standard black version without any special looks or added downloadable Continent. Setup was easy on the only major issue I had been with the 3DS not playing well with some WiFi networks which I solved and discussed in a separate article. 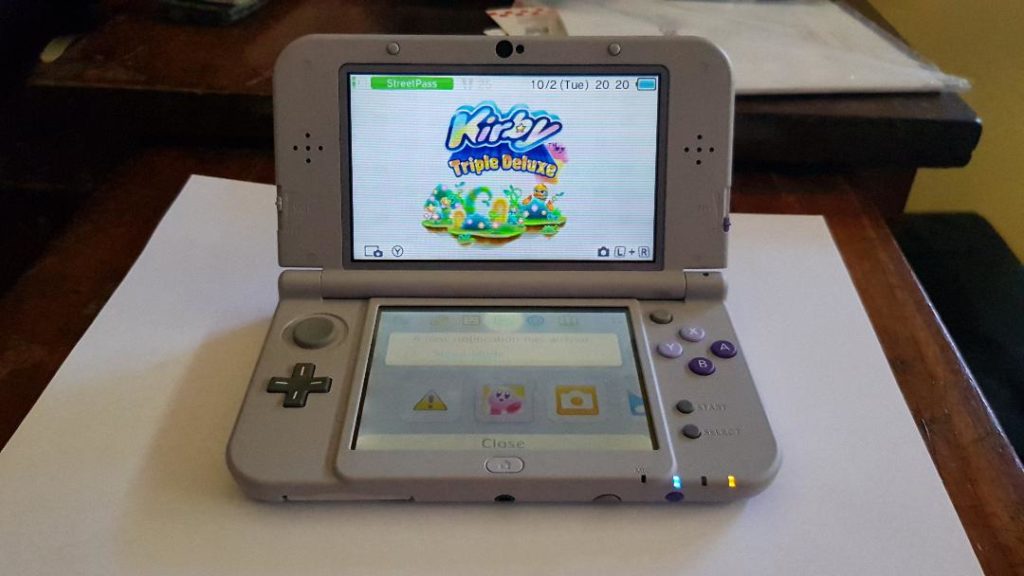 The 3D effects of the Nintendo 3DS is really great and solid  idea for Nintendo to integrate the version that does not require glasses. You can also turn the feature off all together which is the same as on the normal version of the 3DS but if this is your first device its sure to be a welcomed feature for those who may want to turn the 3D down or up depending on how it affects you.

There is also a great library of games to choose from which all adults and kids should find appealing regardless of which games you enjoy. The stylus is also a good tool which can be hidden away for use or if you want you can never use it and always use your hands, the choice is freely yours.

Right out the box I picked up Kirby Triple Deluxe which is a great game if I may say so myself. The best part of the game I would say story aside would be how great the 3D looks on the display. The Nintendo 3DS does a solid job of making the world inside the 3DS leap off the screen. I love the way it all looks and how the game’s control.

The system is a bit sluggish when switch between apps but as it relates to games you can expect a smooth experience that’s sure to really stand out and you will hardly miss a beat in faster or slower paced games that you may choose to play from time to time.

1.The price is very good.

2.You get a free Game as an extra in the form of Super Mario Kart.

3.You get a Great looking and unique Nintendo 3DS compared to the plain normal version.

4.All the great features of the Nintendo 3DS XL is present including 3D, Secondary touch display, Library of great Games and more.

You may skip this because

1.The Nintendo 3DS does not play well with some WiFi networks as solved here.

The Nintendo 3DS XL in general is a well-balanced console that’s strikes the right chord in immersion with its glass less 3D that’s adjustable for personal taste, great collection of Game, Cool apps and the ability to be portable. The  Nintendo 3DS XL Super NES Edition is simply icing on what was a perfect cake with a new fresh look for the younger generation and a walk down memory lane for the OG gamers in the house. You can’t go wrong with this version whether you want it as a daily device or a collectors edition.

I would also recommend this version over the normal version of the Nintendo 3DS every time as its cheaper and in my opinion looks way better. Also who would pass up the chance to get a free Game? surly not me my friends.