Being an Android owner you tend to get accustomed to the occasional problems that may arise and the potential Fixes that you can use to correct the issues that pop up from time to time. Today we would like to look at a common situation where you get the following notification on your Android device: unfortunately the process com.google.process.gapps has stopped, this is a really annoying issue as in this case the Android Play store will stop working, so read on for the Fix to the issue.

Description of the unfortunately the process com.google.process.gapps has stopped Problem

As mentioned when you go to launch Play Store on your device you will be unable to start or load the App as it appears as if its going to start then it will crash. This will continue no matter how many times you try to launch the App,also the following notification will appear on-screen:

unfortunately the process com.google.process.gapps has stopped

Depending on your device the message might also read in different ways but it’s the same issue, the other similar messages include:

Beneath the pop on-screen there is also usually an OK and Report or just an OK button. If this sounds like what you are seeing even if the wording is a bit different we have a possible solution that will help with Fixing the issue.

On what devices Can I attempt this Fix?

This Fix will work on any device running Android and this includes both Phones and Tablets. I first encountered the issue on an Android phone where the Play Store was crashing over and over again which was not acceptable as we could not install any new apps.

How to Fix: com.google.process.gapps has stopped?

To fix the issue :

2. Next look for Application manager or Apps depending on your device, you can also use the search feature to help as this will make things allot easier.

3. On the new screen in Apps or Application manager swipe from right to left and move over until you see: All

4. Now bring up your options menu or hit the three vertical dots in the upper right of the screen. 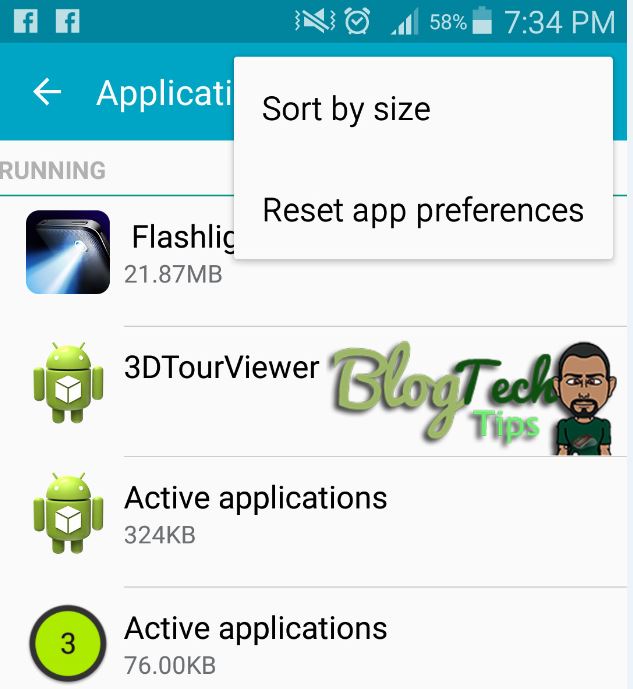 Now that all you need to do the Google Play Store should be functional again and will not crash when you hit the icon to launch the App.If this did not work then try the following method that can be used to fix any app displaying a similar message.

Here is another method that works in most cases to fix the problem in case the above did not work simply watch the following video:

Why Did this work?

It seems that over time that when you have been using your device a lot of junk builds on your device or a bad setting might cause the Play Store to stop functioning and what we did was to reset the preferences thus eliminating the conflict that was causing the App to crash and what do you know its fixed.

As always thanks for visiting and know that we would love to have your feedback as to weather you were able to fix the google process gapps has stopped working issue, so if this was helpful consider taking a minute to leave a comment or ask for help below I would love to assist you in any way that I can.

18 thoughts on “Unfortunately the Process com.google.process.gapps has stopped Fix”