OK its a really exciting day for the smartphone world as Samsung has officially revealed the Samsung Galaxy S6 Edge and the regular Samsung Galaxy S6 which are both gorgeous devices that are packing a lot of power beneath the surface. In Samsung’s big unavailing today they are showing off two new flagship devices namely the Galaxy S6 and the Galaxy S6 edge, so now you have to decide whether you should go with the edge or edgeless version. 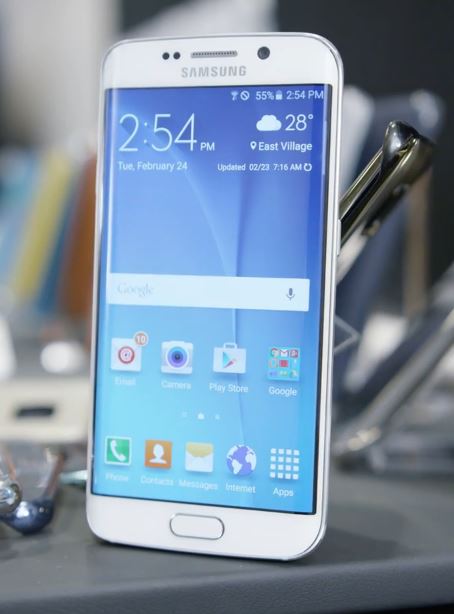 Both the Galaxy S6 and the S6 edge have the same specs with only slight variations such as a 2600 milliamps (mAh) battery and the curved edges that extend to the side of the device. I am really interested to see what creative features case manufacturers will come up with for this design.

The screen is 5.1 inches and the new edges brings features such as:

When your device is face down and you are being contacted by one of your favorite contacts this will light up in a custom color that you have chosen to indicate the caller.

When you swipe in from the upper right of the screen this will bring to the edge of the display your most frequently contacted persons in your phonebook for easy call or messages.

Allows information or notifications to scroll across the edge of the device when its sitting face up on a table.

The time is displayed along the edge of the Galaxy S6 edge as a night stand clock dimly.

The display is super sharp with very good visibility at various viewing angles and it feels quite nice in the hand. This phone is going to be a hit if you are seeking something that truly unique and that no other phone has currently. 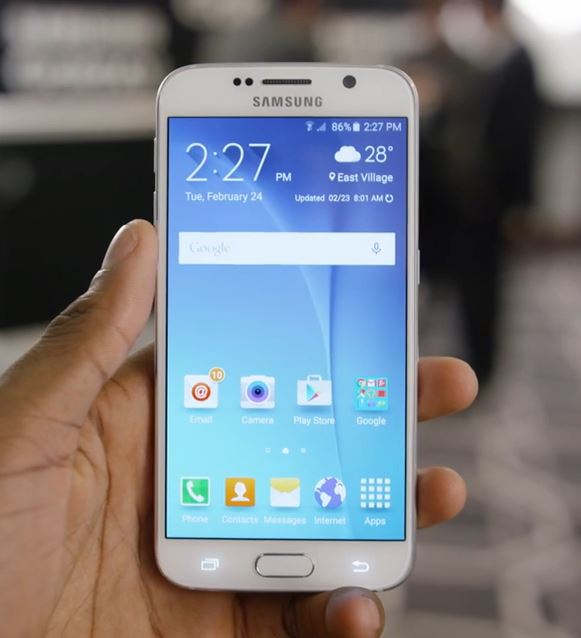 When you first see the Samsung Galaxy S6 it looks just like a regular Samsung based device for the most part from the front. The side is now actually metal instead of painted plastic with a metallic paint, the biggest changes are now in the back of the device that has a glossy looking finish that’s slippery and quite the finger print magnet. The glass is actually Gorilla Glass 4 which is usually reserved for the front of the device.

In terms of thinness the Galaxy S6 is 6.8 mm thin and the main screen is 5.1 inches and is a Quad HD Amoled display that looks downright stunning. The display is brighter than ever and is the brightest display Samsung has produced to date and is the best display on the market currently. The battery is built-in as the pre-release rumors suggested but sadly its no longer dust and water-resistant and the  battery is 2550 mAh and its yet to be seen how long this will last or if it will live up to Samsung’s hype. 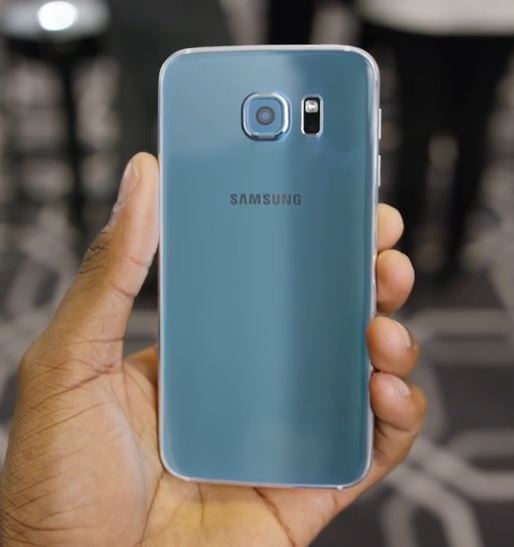 Back of the Samsung Galaxy S6

The camera is still 16 mega pixels and not higher as the rumors had guessed but its much improved as mega pixels are not the only thing that determines a great picture. There is now optical image stabilization for greater pictures even in less than ideal lighting conditions. The auto focus is great as it can dynamically change for even moving objects for clearer shots.

For a faster picture captures when you double tap the home button in a second the camera will be opened for fast shots. The camera does 4K video recording like on the Galaxy S5 which is a great legacy feature. The front camera is now wide angled for better selfies and the ability to snap pictures with the Heart rate sensor button on the back that has been moved to the left of the camera that sticks out from the back.

The Finger print Scanner on the Galaxy S6 is much improved and faster. It now only requires a touch and not a swipe to unlock and its less of a hassle like the one on the Galaxy S5 was in unlocking the device.

The Processor and Performance

There is a octa core inside this device with 64 bit support and 3 gigs of RAM and a lighter TouchWiz from Samsung with simplified settings to makes finding things easier on top of Android Lollipop.The new interface is very fast and does not lag as it did with past versions of Samsung’s much criticized interface.

There is now wireless charging support (Finally) and the inferred blaster makes a comeback at the top of the device and drum roll please fast charging to 50% charge in 30 minutes with the supported charger which raps up all the finalized features that we are aware of during the official release of the Galaxy S6 today by Samsung.

The Galaxy S6 is expected to start retailing at about $800+  and prices reaching as high as $1000+ for the Galaxy edge variants, so be prepared to dig deep for the price of this device that promises to be more expensive than any other Samsung Galaxy at launch.