So today we will be comparing two affordable smartwatches on the market in our showdown of the DZ09 VS U8 Smartwatch. Both are affordable offerings in the Smartwatch market and come loaded with lots of functionalities which makes them great choices for those who own either. But which one is better and is worthy of your hard-earned dollar. We got both to review and in today’s article we would like to break down our findings and present them to you so that you can make an informed decision.

DZ09 VS U8 Smartwatch 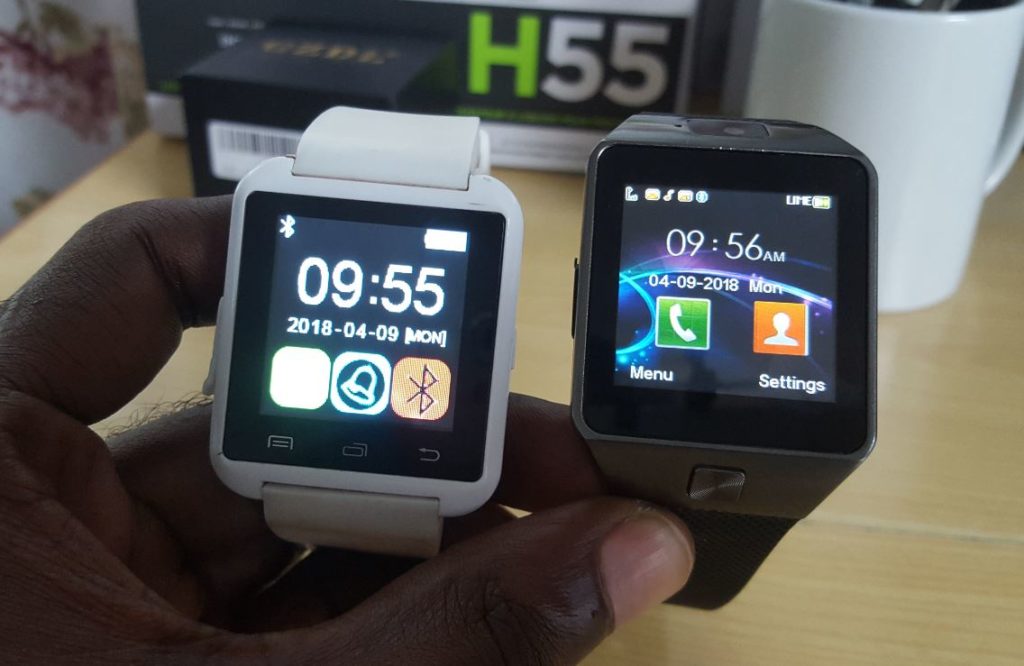 Both devices are made from rubber, plastic and metal. The U8 has a metal back while the rest of the structure is made from rubber and hardened plastic for the main casing frame of the smartwatch. The DZ09 however has a metallic frame which adds to its durability and appeal. The back and straps are made of rubber with the back being made of hardened plastic. The DZ09 has a camera which the U8 does not have which makes it way more appealing and easily takes it for the hardware category.

To solidify its lead the DZ09 can also act as a standalone phone and make and receive calls. The U8 can only pair with a smartphone which the DZ09 also offers if you want to use said feature.The back is also easily removable which the U8 does not offer. The DZ09 also has SIM card and MicroSD card support and seems to be the more durable of the bunch.

The software looks different on both devices but they do share similar features. The DZ09 however pushes ahead as it has Social media Apps such as Whatsapp, twitter and Facebook built-in. As for other features this includes: Bluetooth,Pedometer,Anti lost and so on but the DZ09 takes it a step further with Sound recorder,Remote capture,File Manager,Calendar,Calculator and so on which makes it easily take the software category for features. Both device operating systems are easy to use and very intuitive.

Both devices when used in the same way has similar battery life but don’t expect too much out of these small devices. For basic functionality such as checking the time and a few other functions used throughout the day it can easily last for 24 hours. Anything more than that and the battery will drain fast with constant usage.

Watch the Video below and see the comparison using both devices.

Both devices are reasonably priced but in most cases the DZ09 is the most expensive of the two with the U8 being the more affordable option, however you do get more features with the DZ09 for the negligible difference between both.You can purchase either below.

So in my opinion the DZ09 is the superior device as its main parts are made out of metal which adds to the durability and it can be used as a standalone phone with its support for a SIM card and expandable storage. It also has a dedicated Camera and plenty of cool social media apps along with additional apps that make it much superior to the U8 smartwatch. So with that being said I suggest you get the DZ09 smartwatch over the U8.

So that’s it for the comparison of these two great devices in this DZ09 VS U8 Smartwatch comparison. You can ask your questions below and do share this article with as many friends as possible.