Although I have covered the Samsung Galaxy S6 before in our first look I believe now is the best time to do a follow-up review long after the hype has passed. The reason I have chosen to go this route is because now is the best time to take advantage of the low prices for the Galaxy S6 as we are at the verge of a new release. The hype has died down, the software has matured and now we can take an objective look at the device and truly see what its made of and whether or not its even worth buying or see if our views have changed since its initial release.

The unit that I got for this review is a gold-colored Galaxy S6 which looks pretty nice and I have also had the please of using and handling the Galaxy S6 edge variant as well.

The move from plastic to metal is a really solid move on Samsung part and its feels really nice having metal and glass in hand versus cheap plastic. Although if you are a first time adapter to the new models and think that the new material choices will save you from drops or cracks in case you drop your device well think again as while the new design is much more durable one bard drop on a side or the face can shatter your device and either leave it scared and functional or scared and not working in the worst case scenarios. 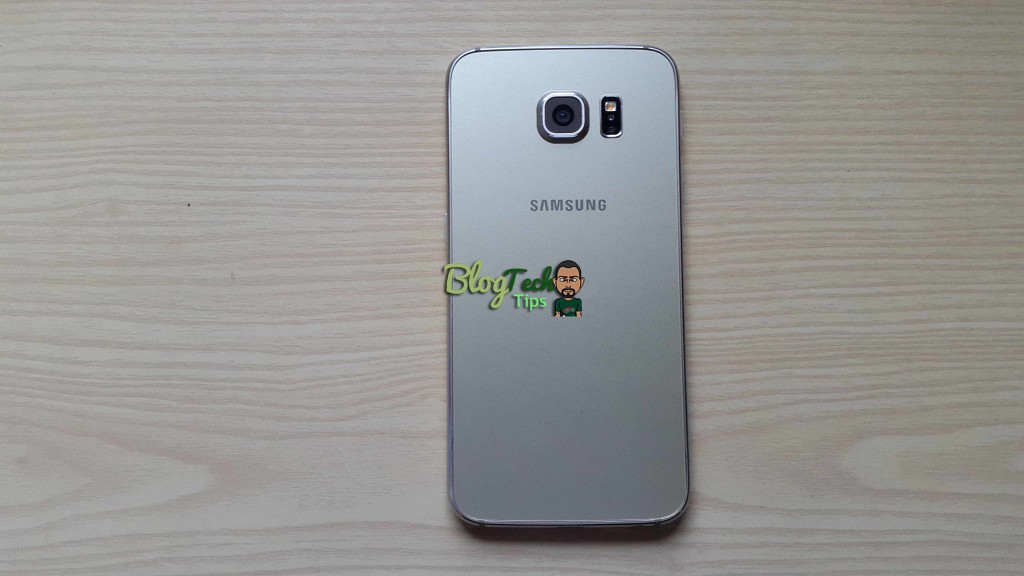 This really makes me miss the good old days when phones could fall to the ground split into a few pieces and you could put them back together without batting an eye, yet we have gorilla glass now and it still shatters. All that aside if you go for a good phone case your device should live a very happy and health life. You can even depending on the situation and luck with phones decide to go cased or ceaseless in varying situations. 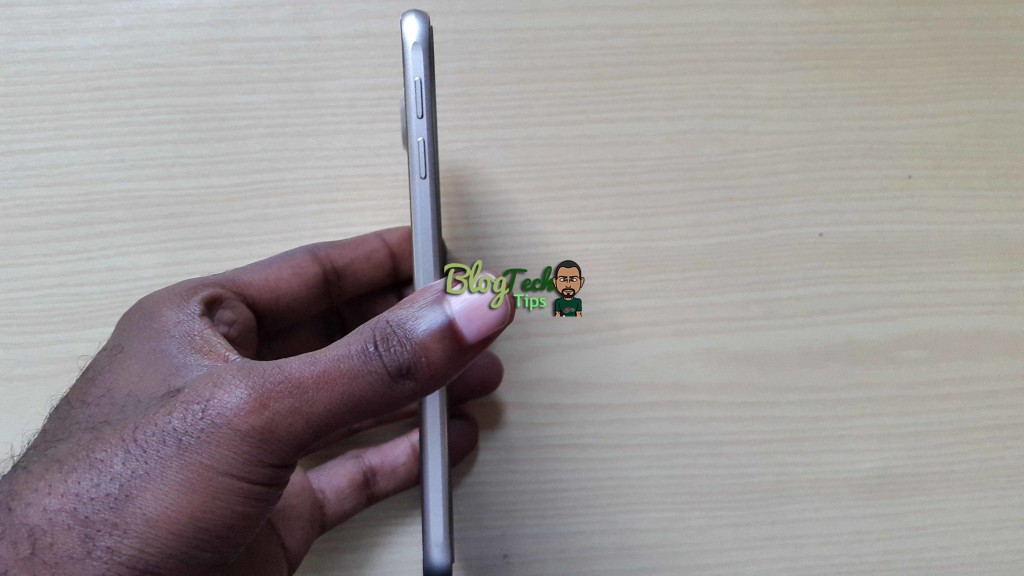 One of the most noticeable improvements I saw with the latest galaxy is the difference in picture quality when it came to lighting, simply placing the Galaxy S6 next to the S5 you can see that the Galaxy S6 handles light in a far more efficient manner. In darker rooms with little or limited light taking a picture with either phones resulted in the GalaxySs6 producing way more appealing pictures that where brighter and more exposed to the darker pictures on the Galaxy S5.

This was something I could readily identify as an improvement as I have expensive usage time with the S5 and could easily see the difference. Also recording video and audio with the camera showed great performance and you can see that a lot of time went into refining the software on the S6 so as to make the picture quality improvements worth the upgrade.The actual photographs were really great showing much more detail and color over that of the previous Galaxy smartphone. 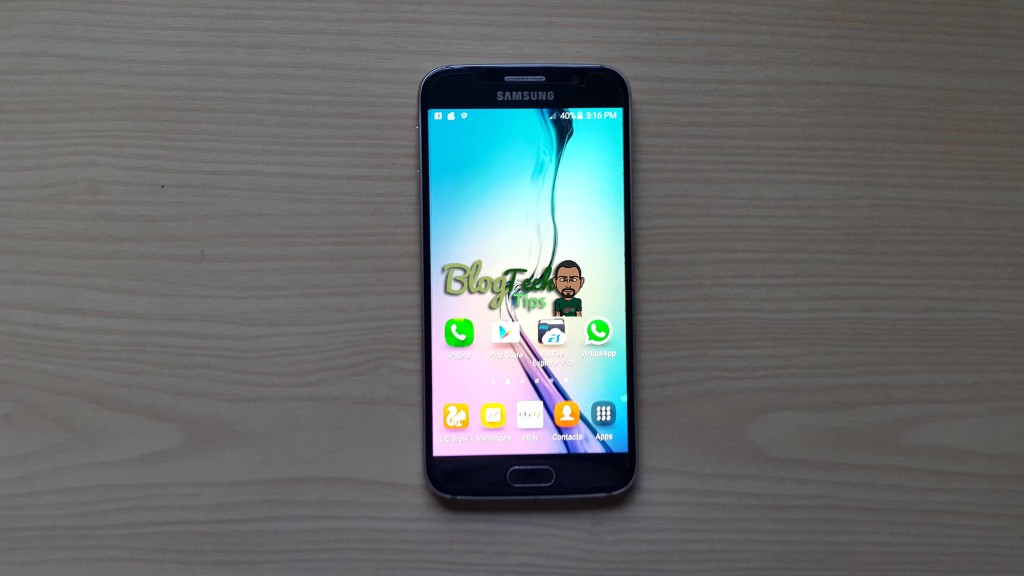 I really love the improvements in the display as well you can really see that extra pixels have been packed into that small screen as you get a sharper display. The icons look more refined and the display is more pleasurable to look at. Also the version of touch whiz that is on the Galaxy s6 has a number of custom tweaks and button styles that have been added to the user interface to set it apart from the previous version of the Samsung Galaxy.

So overall there is a lot of eye candy to really keep you captivated and smoother operations in the overall way the operating stem responds when you have it in hand. Touch whiz is less bloated and you don’t feel as bugged down when navigating menus and such as the things you really need are front and center. I really love how double tapping the home button brings the camera up in record time and works well in capturing those embarrassing photos of colleagues or friends. 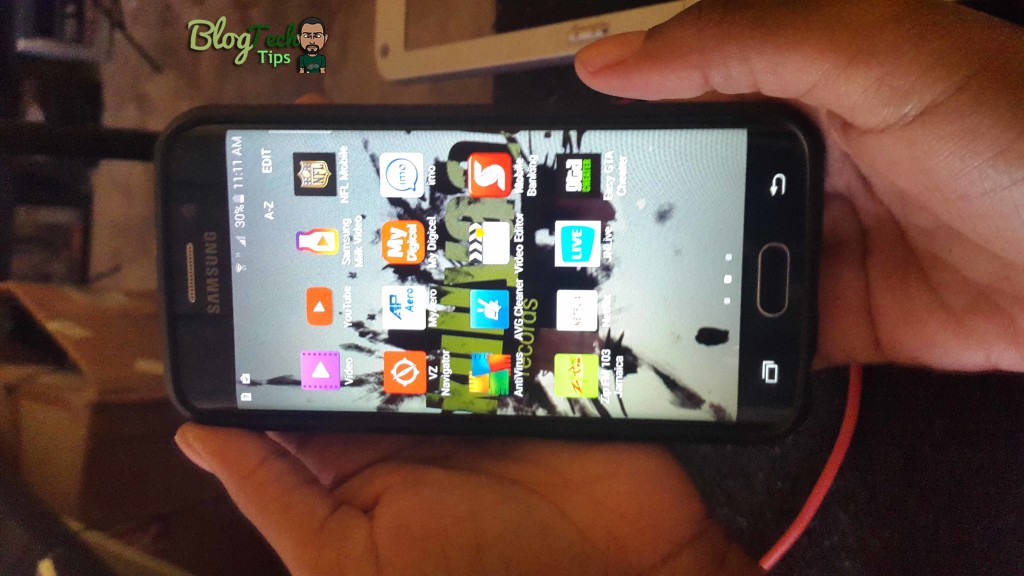 Also no more fighting with getting the fingerprint swipe just right as the sensor is much improved and picks up your fingerprint with greater ease and reliability. The OS also really makes efficient use of the RAM and keep apps that you use loaded and ready for use at a moments notice for easier launching. Game play has also gotten a major boost and game play is as smooth as ever with the new hardware really shining in this department.

Now for my real bad gripes with the Samsung Galaxy S6 and even the Galaxy S6 Edge as this review speaks to both in a general sense. As you may know the Galaxy S6 battery is not interchangeable and what most users may not know is that this within itself is deceiving. What do I mean? well for one you can actually change the battery of the Galaxy S6 but not in the traditional sense, meaning that you can change you battery if it were to go bad after a year of heavy usage, but if you wanted to just change it say mid day by popping out one and getting another you can’t.

Also actually changing the battery requires some skill and that you disassemble the phone which the average user will not want to do but you can get a professional. So don’t panic on this feature being missing as you may never need to change you battery and if you need extra power in a day instead of switching battery’s in this modern era a battery bank works even better than that method.

The industry will always adapt although Samsung went overboard with removing the SD card from the Latest Galaxy S6 but luckily rumors currently state that the Galaxy S7 will have the SD card restored. But in case you are still into the Galaxy S6 or the edge version then fret not as the industry has very cool Dongles and SD cards that still work with the Galaxy S6 despite with the lack of support and I am glad that Samsung is revisiting its stance on the Micro SD card which was really flawed in the first place as I have often mentioned and expressed they should have never removed it.

So far I can say that the Samsung Galaxy is improving and the Galaxy s6 is a definite improvement over previous versions. It may not be an easy job that Samsung has but somebody has got to do it a press forward for innovation. They may not get it right always but its good when a company can see its mistakes and make adjustments. So if you are seeking a good deal and want one of the best devices out right now I recommend that you check out the Galaxy S6 or one of the other great devices on offer. The prices are as good as they are going to get and now is the best time to buy or simply wait for the next big thing that’s just around the corner.