I am really excited about today’s review of the Hubsan X4 H502E Drone. This is my first drone or Quadcopter and I can’t believe I held out so long on getting one. I want to also thank the Guys at GearBest for sending me this review unit. Being my first drone I am must say this puts me at an advantage to reviewing this device with fresh eyes. so follow along as I review one of the coolest gadgets that I have had the pleasure of playing with in a long time.

I had some serious fun flying this drone at the local football or soccer field.Its quite the capable drone and its applications are quite wide as you can find creative uses for this such as taking areal photographs, surveying an area, monitoring a hard to see place, surveillance and much more. This is a well put together package that’s worth every penny you will spend on it. 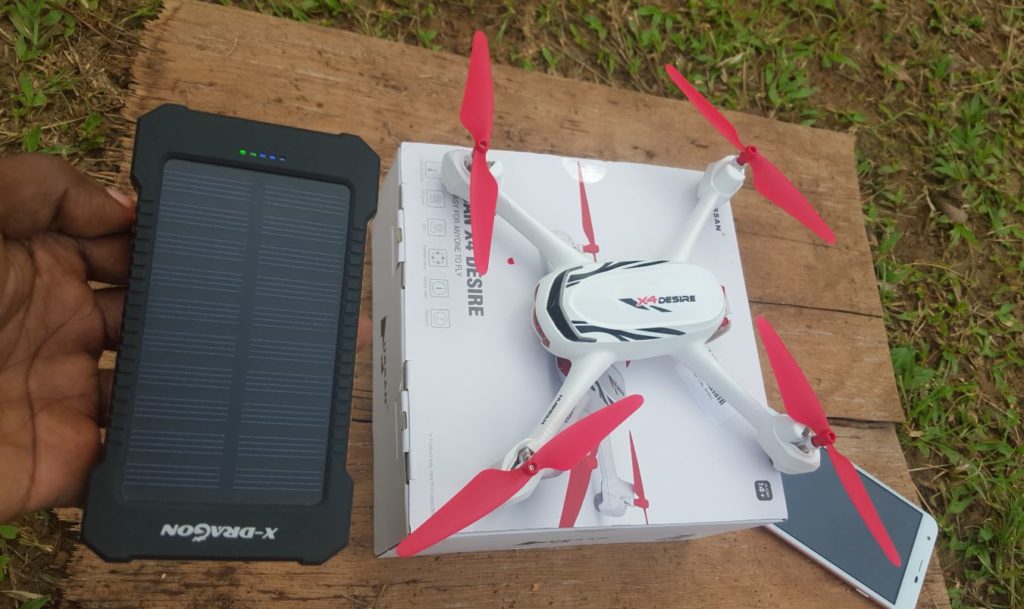 Whats in the Box?

Inside the box you get the Hubsan X4 Desire H502E,a Battery pack, Remote controller, User manual, disclaimer warning and quick calibration guide. Also included is a screwdriver which is handy and some extra propeller blades. Thats bout it for the contents of the box, things were well packaged and the drone is disassembled so you need to attach the propeller blades.Unfortunately the remote controller needs 4 AAA batteries but the set did not come with a pair so make sure to pick some up with your purchase.You can see the detailed unboxing below as I show you everything in the box and my initial impressions:

Assembly might seem intimidating buts it’s not the propellers are detached as leaving them in place would damage the drone during transport. The smart thing is to have it assembled, it’s so easy that a baby could do it. The propellers are labeled A and B and the sections of the drone is also labeled. There is also an orientation natch that must be aligned before you tighten the screws. Don’t over tighten though,just enough to firmly affix the blades.

The battery pack will need to be charged and placed in the back compartment of the drone. My recommendation is that you charge the battery on your PC USB hub and it should take about an hour or two to fully charge at which time the LED on the charge cable will stop blinking indicating its charged.To power up the drone simply connect the plug on the connector to the one inside the drone and close the back hatch. The lights beneath the drone will come on indicating that it’s powered.

Calibration is a bit tricky as you will need to hold the drone side ways with one end pointing up and the other down and rotate it 360 degrees on one axis and then on the other to set the compass. The remote controller will indicate when compass 1 and 2 is set and you can stop and place the drone down.You can see how to calibrate the Hubscan x4 below in the video.

I must say flying is really fun, once you start you simply power on the remote and pull both joysticks back and out and the drone propellers will start to spin. You should always keep a safe distance from the drone as you can see in the video above. The video also shows the footage I took, the flight is a bit bumpy so with that in mind make sure that you have at least six satellites before taking off for stable flight, also avoid radio towers and flying on extra windy days.

I was amazed that flying the drone was so easy. Much like playing a video game. Also note that each gear stick controls the drone differently the left controls altitude and how high or low the drone flies. The right will rotate the drone right or left. Also be sure to place a MicroSD card in the drone to record video. You cant preview the video until after the flight but you can start and stop recording or take still images. The Remote controller will indicate by blinking when its recording. Simply click and hold the left shoulder button to start recording.Also to take off only use the left joystick button first so the drone goes up smoothly you might instinctively want to press both as I did at first and you saw the results in the start of the video above lol.

My Thoughts and Feedback

This drone is really great and for a beginner I felt right at home flying the Hubsan X4 H502E. At first nerves got the better of me as I flew close to some trees on a field I was testing it on and that’s why I must implore you guys to fly especially for the first time in a big open space. The more space the better as you are less likely to mess up. Once you get your bearings flying the drone is easy I could make it move in any direction I wanted. The Remote gave solid feedback on what was happening although If I could get real-time video that would be perfect. Its missing but not an end all feature as I was able to focus on the drone in flight more.

The RC range is really good and it can fly quite distance from the remote control and not lose control. The response time is very good and controls are tight, the drone is well designed and makes flying easy.

The Video and Picture Quality 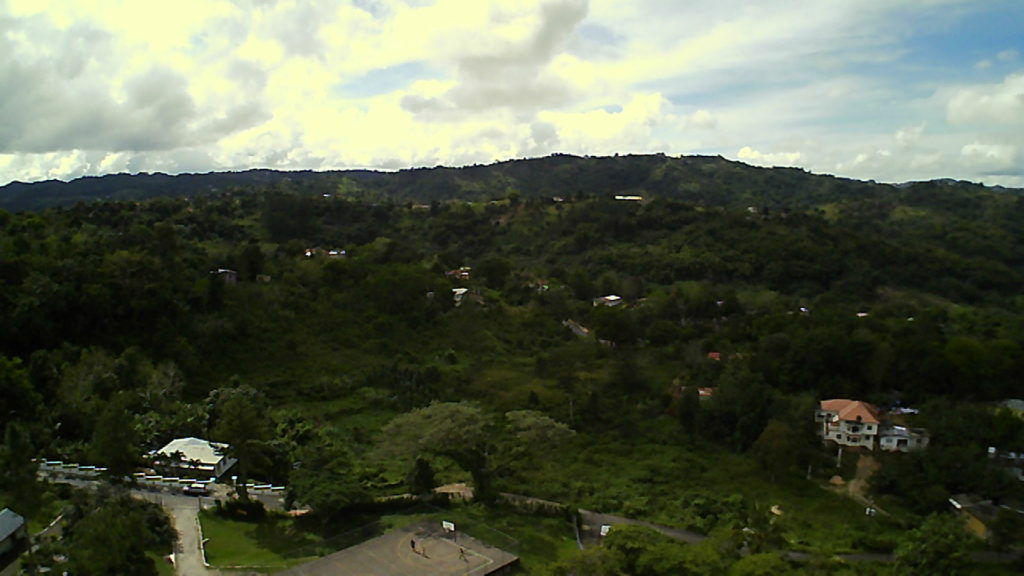 The video quality is very good and the drone takes clear pictures, not super sharp but really nice and at high altitudes you can have a panoramic shot of the ground beneath the drone. It’s always interesting to see a place you have gown up in and go to everyday from a new angle as provided by footage from a drone. The more sunny the day the better the shots you will get, on the day I shot this video things where a bit over cast and windy out but I was excited to test the drone and could not wait and went ahead with flying.

The more stable the drone the better your video quality will be thus my warning earlier about flying on windy days and have enough satellites before flight.To see the video you will need to remove the MicroSD card insert it into an adapter and connect it to your PC or laptop and you can see the videos and play them back or share them with others.

Here we have improved footage showing the drone capabilities on a clear and sunny day. This was taken on my second flight which was better than the first as my flying skills are much improved along with video quality. Enjoy the video sample below:

Landing is easy or has been made extremely easy with this drone at any time you want the drone to land you can use the return to home function or RTH function and the drone will land in the same area it took off. It’s not dead accurate but it will land roughly in the same area it took off from. This is really useful especially if you have no experience flying drones. A manual landing is also possible if you like as well so the choice is yours. If the drone moves out of range it will also auto return to home which reduces the chances of it getting lost.

You will get about 12 Minutes of flight time out of your drone with a single battery pack and that’s why I recommend you pick up a second or third battery pack so you can keep flying for longer. Also a battery bank can also be useful when you are on the go to charge dead batteries which will go nicely with the extra battery packs. But the faster solution is extra batteries. charging takes about 1-2 hours.

Drones are the wave of the future and you should definitely get your hands on one right now. In case you don’t know which to choose I suggest you actually go with this Hubsan X4 drone as it perfect for beginners and experienced drone flyers. A kid could fly this thing to show you how much technology is placed into this it. In case you have been holding out on getting a drone this Hubsan X4 is the one you should get trust me it comes in at a great price and wont regret getting it.

You can get your Drone from GearBest at the best prices by Clicking here.

Why you should get this:

2.Great drone for beginners and experts.

3.Well made and good build quality.

4.Easy to fly and control.

Why you should skip this:

No sound with recordings and real time preview of video.